Work has already started on one of the former Royal Caribbean cruise ships which is being scrapped and recently beached in Turkey.
Read more
P&O Cruises

P&O Cruises has provided an update on its new delayed P&O Iona vessel and a sister ship arriving in 2022.
Read more
Aida Cruises

By now we all know about the incident that occurred on the Carnival Triumph cruise ship on February 10th this year when the ship had a fire in the engine room and then lost power. The ship was then adrift at sea for four days with passengers onboard.

Well CNN has now got its hands on some exclusive reports stating that the company already knew about the risks of not maintaining the ship’s diesel generators more than a year before setting sail.

According to maintenance reports from engineers onboard the Carnival Triumph, Diesel generator six was in dire need of maintenance a long time before the actual “poop cruise”. Many reports were done and Carnival were aware of the issue. But Carnival was more worried about another issue in the engine room which came to light from the Costa Allegra fire in February 2012. The ship’s fuel lines leaked onto one of the Diesel generators which started a fire and because a switch board was close by it caused a black out. From looking at the reports which CNN managed to get, the cruise line company told other ships to check their fuel lines and make sure all generators are protected with a spray shield.

Now back to the Carnival Triumph, the ship had made improvements to all the fuel lines and generators with shielding apart from one area. That area was a fuel line under the deck plates which Carnival thought would be protected without making any changes. The cruise line was in compliance with SOLAS requirements because the line was not above the deck plates. It was that area which was not protected that started the Carnival Triumph fire which then caused the huge power failure.

After the Triumph events Carnival PLC announced a $300 Million safety upgrade to improve all ships back up generators and other upgrades to ensure passengers would not have to struggle through a black out like on Carnival Triumph and Costa Allegra again.

You can watch a news report aired on CNN with all the details along with Carnivals head engineer defending the cruise line. The Carnival Triumph was also certified from an inspection including the US Coast Guard and Lloyd’s Insurance company. The cruise line also states to passengers who are suing the company that a Carnival booking or ticket doesn’t guarantee a safe trip or living conditions.

So what do you think of these new developments of the Carnival Triumph fire and power outage? Are you passengers right to sue?Let us know in the comments below. 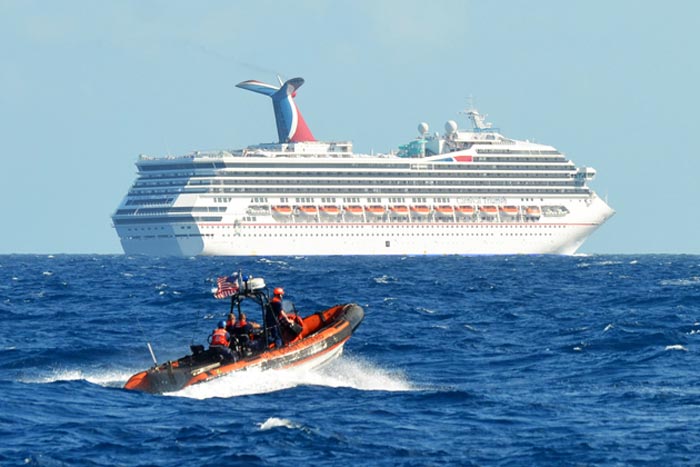