PortMiami and Royal Caribbean set to agree on sharing the future MSC cruise terminal with Miami-Dade Mayor announcing a Memorandum of Intent (MOI).

This opened up space for Royal Caribbean Group to enter the conversation and agreement, which was announced this week by Miami Dade Mayor Daniella Levine Cava:

“As we work closely alongside our industry partners to usher in the safe return of cruising, I am pleased to recommend a Memorandum of Intent (MOI) between Miami-Dade County and Royal Caribbean Group to negotiate a preferential berthing rights agreement for the future shared cruise terminal at PortMiami”

Agreement Will Have Significant Advantages

The agreements between the three parties will have significant advantages for all parties involved. First of all, Royal Caribbean Group will secure berthings at the terminal when the need arises for any of its brands. Something which is not a given in one of the busiest cruise ports in the world.

Second, the cost of berthing is high and a significant cost factor for the cruise lines. In 2019 Carnival Corporation signed a berthing agreement with Miami Dade for terminals D & E, which ran into the hundreds of millions of dollars. Sharing a facility makes sense from a business point of view for both MSC and Royal Caribbean Group.

Reason for Mayor Cava to be excited about the new deal:

“This partnership will further solidify the Port’s role as a leader on innovation and sustainability, while generating more good-paying jobs and bringing more passengers as we work to bring back cruising stronger than ever,”

What are Preferential Berthing Rights

Preferential Berthing rights come into play when a cruise line or cruise company does not have a terminal of its own or is lacking sufficient space at this terminal. For example, Royal Caribbean has Terminal A as its private terminal for its ships. Carnival Corporation has Terminal F for its excellence class ships, and Norwegian Cruise Line has Terminal B or ‘The Pearl of Miami’.

There is only a limited amount of space at these terminals, and this is where preferential berthing rights at shared terminals are essential. It allows companies to have an overrun in case it is needed.

Miami Cruise Terminal Guide: What You Need to Know

The new terminal shared with MSC cruises, for which Royal Caribbean will be the third party, will be the first of its kind at the port with the ability to simultaneously berth three ships at berths 8, 9, and 10 by more than one cruise line. 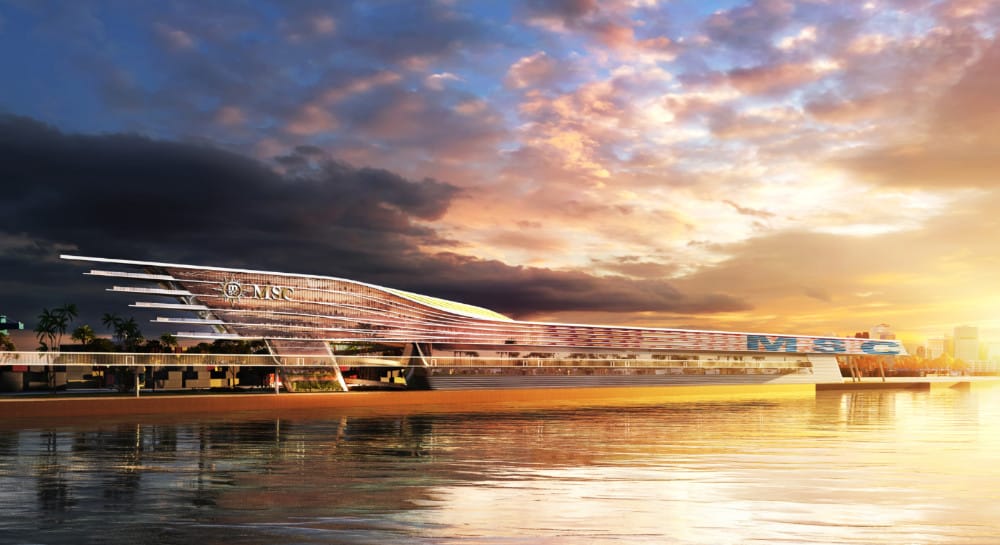