Port of Galveston which is one of the most popular cruise homeports in the U.S. has issued a flash flood warning. There is a high risk of flooding in the area which could impact those traveling to and from cruise ships.

Bad weather has been a huge factor over the past week and will no doubt continue into next week. The popular cruise port in Galveston which is often hit with bad weather like flooding and fog has now put out a new advisory. There is a flash flood warning not just for the port but parts of Galveston island too.

Carnival Cruise Line has ships arriving at the Texas port over the coming days with Carnival Freedom on Saturday, Carnival Breeze on Sunday and then Carnival Valor on Monday. Royal Caribbean’s Liberty of the Seas is scheduled to be in port on Sunday. So far the cruise lines have not made any itinerary adjustments or announced any upcoming departure delays. This could change depending on the port flooding so do check for official updates from the cruise line.

The port administration office has also closed today (Sep 14) at 10:30 AM but they are still monitoring the flooding and will be posting updates on new developments.

A storm system is currently affection the region with high winds and heavy rainfall. The tropical system which moved across the southern and western parts of the Gulf of Mexico will move inland later today with more rainfall for the U.S. state. Once the system is on land it isn’t expected to gain strength.

At the moment the active Hurricane season has impacted the cruise industry but thankfully itinerary changes have been limited. Hurricane Florence has reached the U.S. east coast and cruise lines are making sure ships are kept away.

The Port of Charleston in South Carolina on the east coast is actually closed right now and as long there is no damage and assessments are good then the port will re-open on Sunday for cruises. Follow Cruise Hive for all the latest developments on storms impacting the cruise industry. 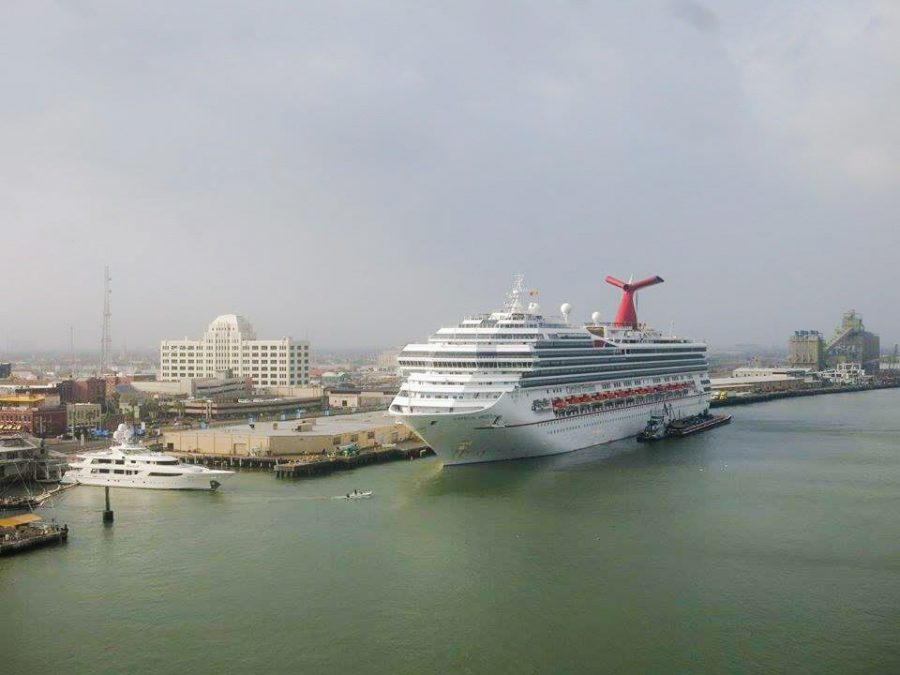