Port Everglades which is located on the Florida East Coast is investing more than $100 Million into renovating a cruise terminal for Royal Caribbean and Celebrity Cruises.

Port Everglades in Fort Lauderdale, Florida is investing Millions of dollars into upgrading cruise terminal 25 for Royal Caribbean and Celebrity Cruises. The port will put up $100 Million which is set to transform the terminal facility into a modern breathtaking building which will make embarking and disembarking cruise ships a breeze.

“Renovating Cruise Terminal 25 was already part of our Master/Vision Plan, and was scheduled to begin this year.” “Giving preferential berthing rights to Royal Caribbean allows us to build a facility that meets their expectations for the new generations of larger cruise ships and for the new Celebrity Edge, which is scheduled to homeport at Port Everglades beginning in December 2018.”

The investment is part of a new agreement which runs through until 20126 with an option for 4 more years, it replaces the old one at the end of 2017. Cruise Terminal 25 will be able to cater for the larger cruise ships including the upcoming Celebrity Edge which will be based out of the port from December 2018. Royal Caribbean already has the world’s largest cruise ships sailing from Port Everglades on Caribbean cruises out of Cruise Terminal 18 after it was completed in 2009.

Port Everglades is consistently ranked as one of the three busiest cruise ports in the world with more than 3.8 million passengers in fiscal year 2016 (Oct. 1, 2015 through September 30, 2016). Eleven cruise lines, one ferry service and more than 40 cruise ships sail from the Port Everglades.

Cruise Hive will continue to cover this news and track any new details on the terminal development. 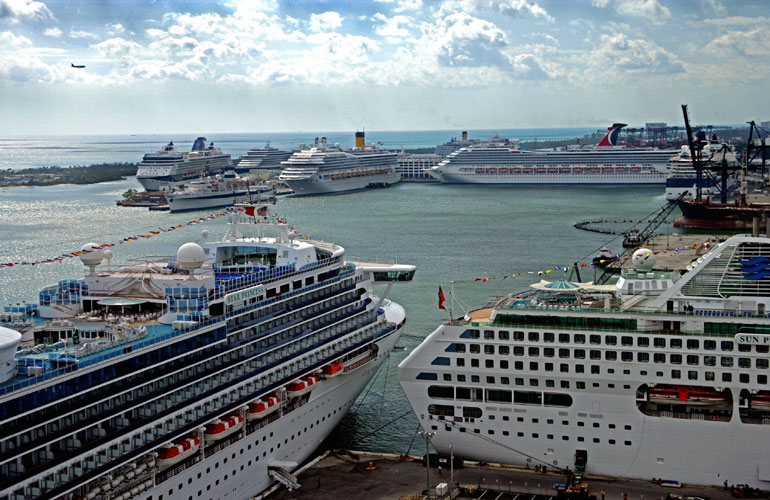