Port Everglades, Florida is now back open after closing yesterday due to a tragic shooting at the nearby Fort Lauderdale International Airport.

Normal operations are now open with ships entering and exiting the popular port in Florida. The port closed yesterday evening as many cruise passengers were stranded at Fort Lauderdale Airport after a gunman killed 5 people and injuring 8.

Port Everglades is closed to all traffic due to the developing situation at Fort Lauderdale-Hollywood International Airport.

At this time normal operations have resumed at the Port all gates are open for entry and exit.

Thousands of cruise ship passengers use the airport each week which is near Port Everglades. At the time Nieuw Amsterdam operated by Holland America Line and Caribbean Princess were both docked with scheduled departures later in the day. Due to the sad events which took place at the airport and many delayed cruise ship passengers, Port Everglades delayed both ship departure times to 11:00 PM Friday.

Port Everglades posted the following statement on its site:

The Port has resumed standard operations and is now open to inbound traffic following the incident at Fort Lauderdale-Hollywood International Airport (FLL). Cruise guests concerned about delays are advised to contact their cruise line for sailing information.

Motorist wishing to pick up their loved ones who were brought to Port Everglades from FLL, can do so on the east side of Cruise Terminal 4 located at 1800 SE 20 St. Motorist should use the Convention Center entrance.

Travelers that have been delayed or displaced due to flight cancellations and need accommodations for the evening, should visit sunny.org. Fort Lauderdale-Hollywood International Airport has established a toll-free number for passengers and family members, call 1-866-435-9355. A Family Assistance Center has been established at the Renaissance Fort Lauderdale Cruise Port Hotel, 1617 SE 17th St., Fort Lauderdale.

For Saturday, January 7 all ships are expected as scheduled, they include Carnival Conquest, Coral Princess, Costa Deliziosa, Freedom of the Seas, Harmony of the Seas and ms Eurodam. We would advice any cruisers to keep in touch with the cruise line just in case there are any further delays. 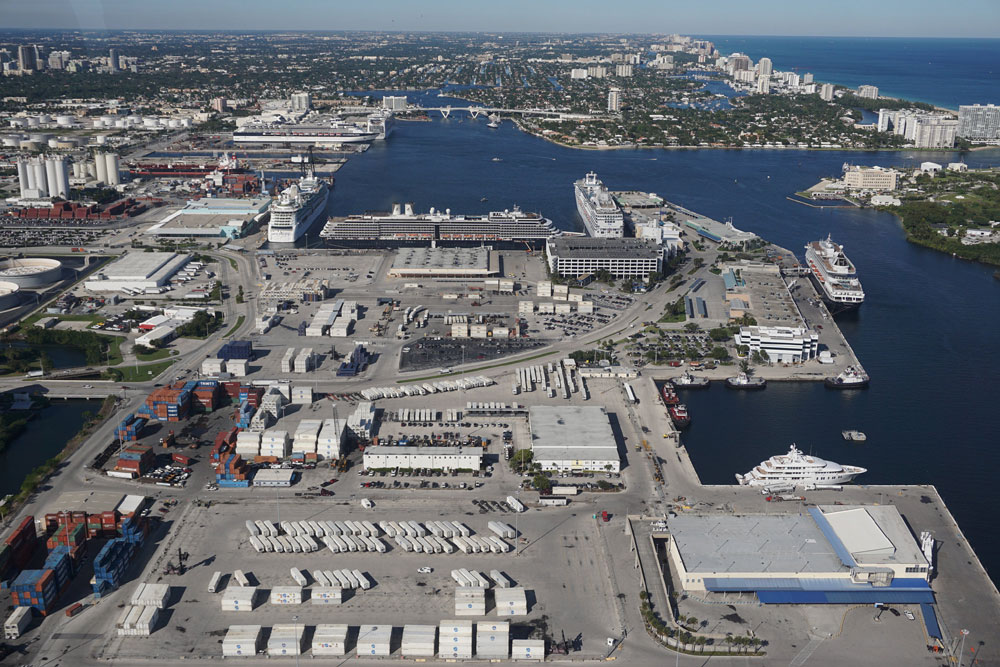