Port Canaveral which is the world’s second-busiest cruise port has announced it will temporarily furlough workers on cruise operations.

Cruise Port Workers Being Laid Off

Port Canaveral has announced it is temporarily laying off workers who are involved in cruise operations due to the current health crisis around the world. The situation has had a significant impact on Port Canaveral and its businesses.

Emplyees impacted will be those who are not essential workers and not needed for current port cruise operations. The temporary furlough will be in effect frtom April 3, 2020 (today) and is expected to last until May 30, 2020.

While Port Canaveral is open and operating, the current pandemic situation has had significant impact on our businesses. In an effort to mitigate the economic challenges facing our Port, we made the difficult decision to temporarily furlough employees dedicated to the Port’s cruise operations and recreation business segments whose job functions are not required for current operations of the Port.

This temporary furlough is effective April 3, 2020 and is expected to last until May 30, 2020 and pending the resumption of cruise lines operations at Port Canaveral. All impacted employees have been notified and will remain Canaveral Port Authority employees through the duration of the furlough period.

It does also depend on when cruise lines will begin operations again. All cruise lines have voluntarily suspended operations since around March 13. At the moment cruises are expected to resume towards the end of May but depending on how the health crisis develops in the United States that could change. We could see another extension to the suspension if the situation does not improve.

Worth Reading: Cruise Ships Depart Port Due to “Shelter-In-Place” Order

Those employees who will be laid off have already been informed and they will remain Canaveral port Authority employees through the duration of the period.

The port has already made adjustments to operations with employees working from home where possible, suspend the use on indoor and outdoor venues for events and gatherings, closure of the Exploration Tower along with Jetty Park.

The world’s second-busiest cruise port is jammed packed with cruise ships as the industry has come to a pause. Today there are three cruise ships docked and a further four vessels just off the coast anchored. 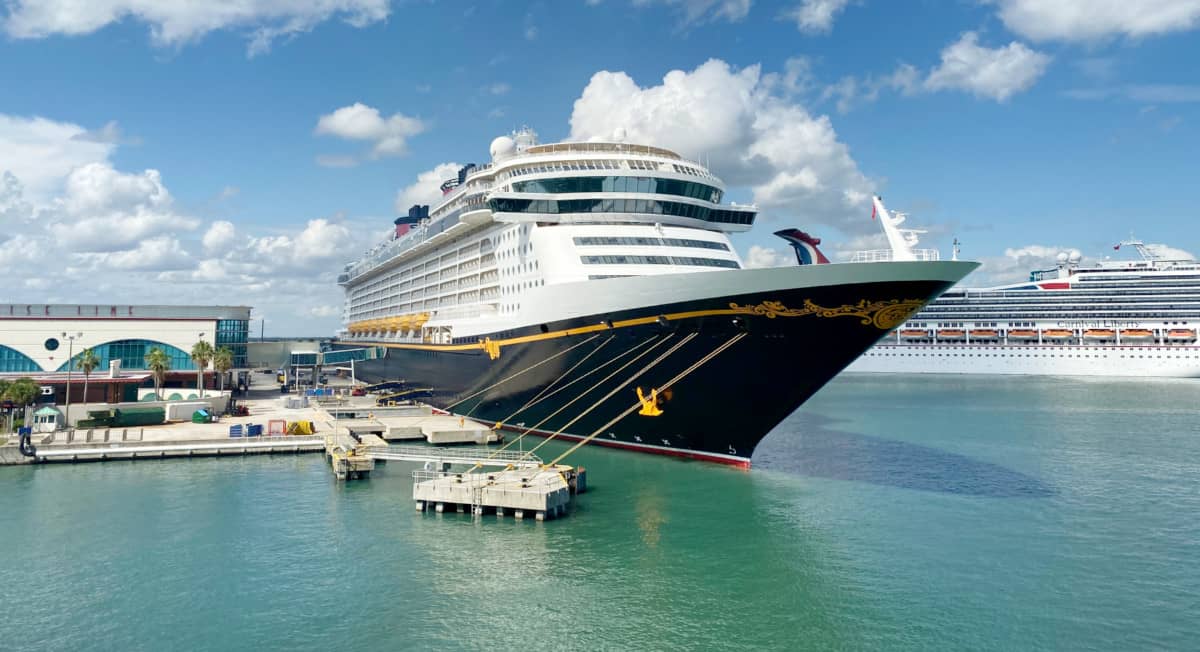