Port Canaveral in Florida to Expand With New Cruise Terminal

Port Canaveral in Florida is going to expand with the construction of a brand new cruise terminal for large cruise ships.

The world’s second busiest cruise port is set to expand even further with the construction of a new cruise terminal facility and 1,400-foot-long berth. The new expansion will be in partnership with CH2M which already designed the Port’s Cruise Terminal One.

“With experience on both waterside and landside design of cruise terminals at Port Canaveral, we dive deeper than most when it comes to understanding the relationship between a wharf and terminal.”

“Our multi-faceted design knowledge will aid the Port Authority in ensuring that the wharf and the new terminal function seamlessly together so incoming ships can turn around efficiently and continue their journeys.”

The new cruise ship berth will support around 4,000 jobs permanently including further port developments and expansions. The new ship berth and terminal will be able to cater for the biggest cruise ships in the world including the Oasis-class operated by Royal Caribbean. 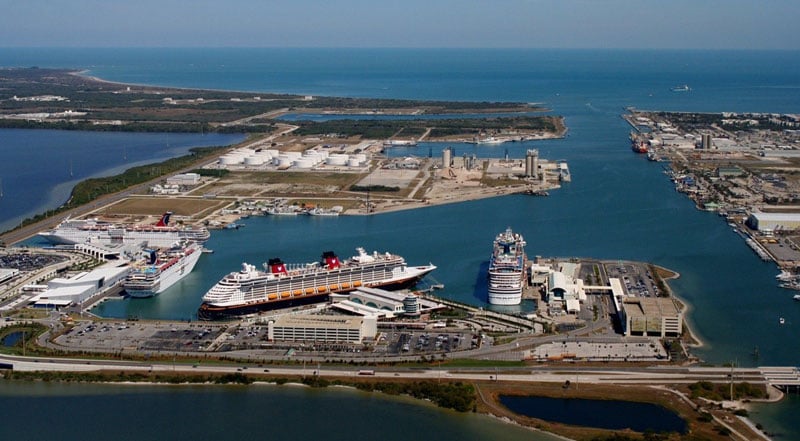