Philipsburg in St. Maarten is major cruise destination in the eastern Caribbean with several cruise ships docked on some days but since the powerful Hurricane Irma hit on Wednesday morning the island has been devastated.

Locals and tourists on the island which has a popular of over 74,000 have now started posting the aftermath on social media from the Dutch and French side.

Take a look at just what Hurricane Irma has done to St. Maarten:

Sick to my stomach for my people in St. Maarten. Heard from many but still waiting to hear from my friend and godson… #irma pic.twitter.com/EJ8fjQ6nDE

#irma destroys even the strongest buildings on the French part of St Maarten (St Martin) while Dutch part is heavily damaged. pic.twitter.com/cclAmeDQEv

The destruction in St Maarten from #Irma is catastrophic. Photos via local ABS TV/Radio. pic.twitter.com/4tPZrdtnEw

More images coming in from the devastation in St Maarten from Hurricane Irma. #fox35 pic.twitter.com/8z99KEGlu8

Keep praying for the caribbean. Damages at St.Maarten airport. pic.twitter.com/N2ep7wz7tN

The damage done to the island which is also known as Saint Martin has been major. The main Princess Juliana airport which is famous for having planes land right next to Maho beach has been hit badly and CNN reports that French side Government buildings had been destroyed. There is hardly one tree left standing and there is heavy flooding in parts.

No updates yet on the actual cruise port in Philipsburg, we’ve reached out for an update and will let readers know as soon as we get a response. It might take some time to assess the damage but don’t expect cruise ships to call there anytime soon.

Right now Hurricane Irma is still a category 5 and extremely powerful. Irma currently has maximum sustained winds of 185 MPH and is heading towards the Virgin islands shortly and later tonight will be near Purto Rico. 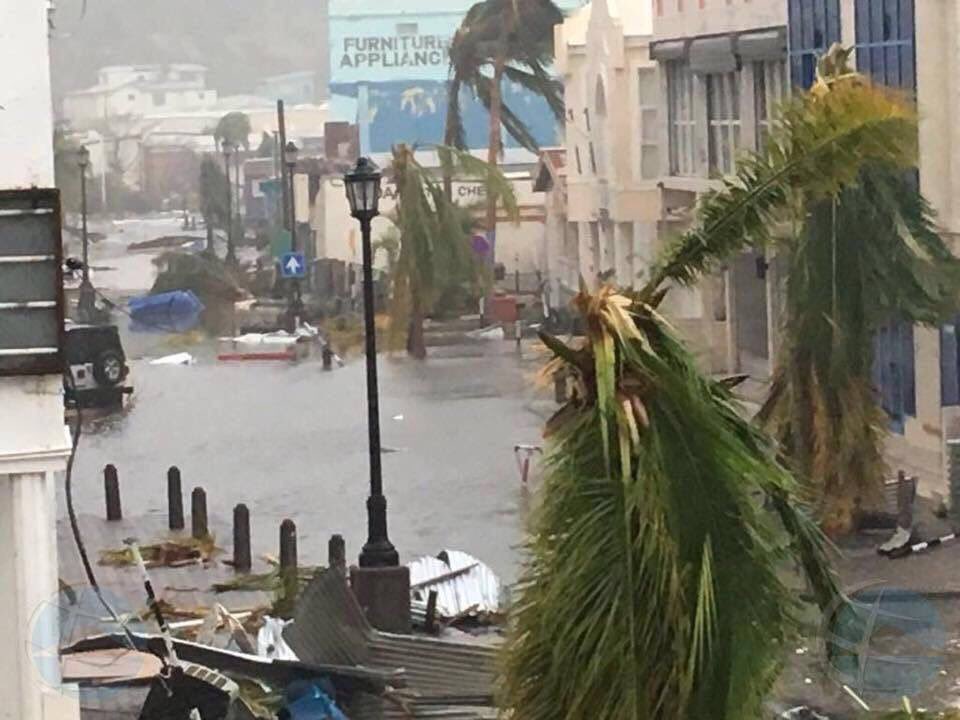