A German pop singer is overboard a cruise ship near Newfoundland and a search is underway. The singer apparently went missing from the Aidaluna ship which is operated by German-based Aida Cruises.

A popular pop singer from Germany apparently jumped over the Aidaluna near Newfoundland, Canada. The passenger named Daniel Kaiser-Küblböck went overboard in the early hours of Sunday, September 9.

The ship crew searched for the missing man onboard and did a cabin check. The local Coast Guard has been contacted and a search is currently underway. Aidaluna also turned around and started searching the immediate area where it is believed he went into the sea.

The cruise line has been releasing statements on Twitter to keep everyone updated and can be translated from German into English. You and read the translated posts below:

“At present, an intensive search is taking place in the sea area off the Canadian coast in close cooperation with the Coast Guard after a missing person.”

“The cruise ship AIDAluna was on the sea to Newfoundland, when a person jumped overboard in the early morning hours of September 9, 2018 (local time).”

“The captain and the crew of AIDAluna have immediately and in close consultation with the local competent authorities all the necessary rescue measures initiated. A cabin check was carried out, confirming that a male guest was missing.”

“The missing person is Daniel Kaiser-Küblböck. The ship was stopped as a precaution and returned to the place where the incident was accepted. The search lasts.”

“AIDA Cruises cooperates fully with the authorities and does everything it can to find the missing person. As soon as further information is available, we will provide it.”

Kaiser-Küblböck is mainly known for taking part in the German version of Pop Idol. He has been in a wide range of tv shows including the reality tv show Big Brother.

Related: What Happens During a Cruise Ship Overboard?

Aidaluna is currently sailing a 17-night cruise which departed Hamburg, Germany on August 29. The ship did have a scheduled port of call in St. Johns, Newfoundland at 2:00 PM and is expected to complete the voyage in New York on September 14. Aidaluna is a 69,200 gross ton vessel with a passenger capacity of over 2,000. 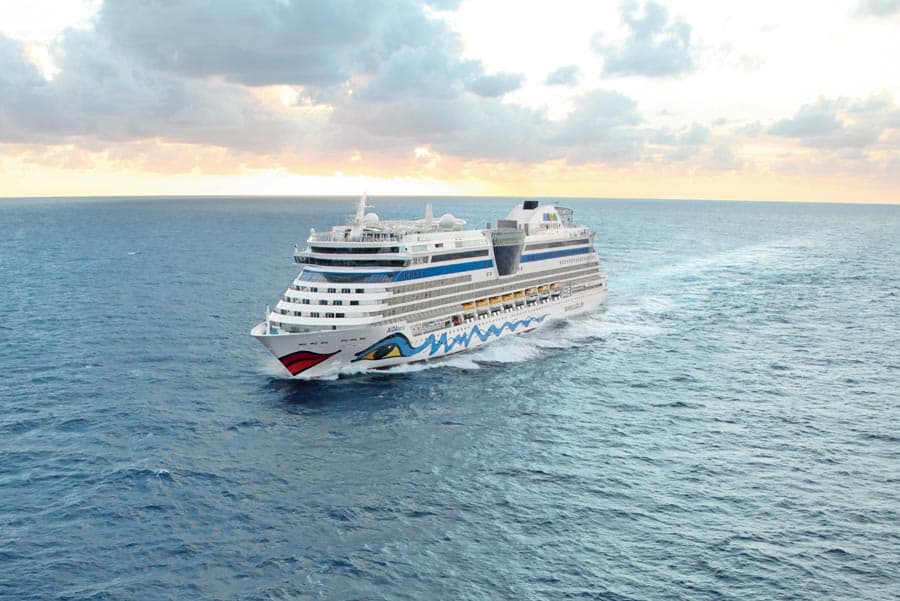