The new shows, to be held on all holidays with three or more sea days, build on the success of the line’s Strictly Come Dancing themed cruises. They follow the same format as the popular TV show and are launched in partnership with BBC Worldwide.

Exclusively recorded clips of judges Len Goodman and Bruno Tonioli will be shown along with footage of celebrity performers from the show and the “voice” of Strictly, Alan Dedicoat.

P&O Cruises marketing director Christopher Edgington said: “All passengers will have the opportunity to enter the competition, giving them an exclusive chance to become part of the Strictly magic – a real money can’t buy experience, which is only available with P&O Cruises.”

This will be great experience for guests involved as they can also use the back stage facilities in preparation for the big show. They can use their own costumes or use ones provided by the show. Rehearsals will also be done throughout the voyage. P&O haven’t mentioned when in the cruise the show would be held bu would probably be the last evening onboard or towards the end of the cruise so the contestants have ti to get ready and practice.

P&O Cruises have also posted the below video on it;s YouTube page giving a sneak peak at what to expect by Craig Revel-Horwood:

Performances will be scored by the judging panel, armed with the famous golden paddles, and comprising members of the onboard entertainment team, senior officers, guest entertainers and fellow passengers.

The couple accruing the most points will be crowned Strictly champions and presented with the famous mirrorball trophy, while their photo will be published on the front page of their own personalised copy of the ship newspaper Horizon. At least 3 couples have to take part in the contest or the show won’t go ahead but Cruise Hive predicts this won’t be an issue!

The Strictly Come Dancing competition is already running on P&O Cruises family friendly ships Oceana and Aurora and will be introduced to the line’s other ships later this year. 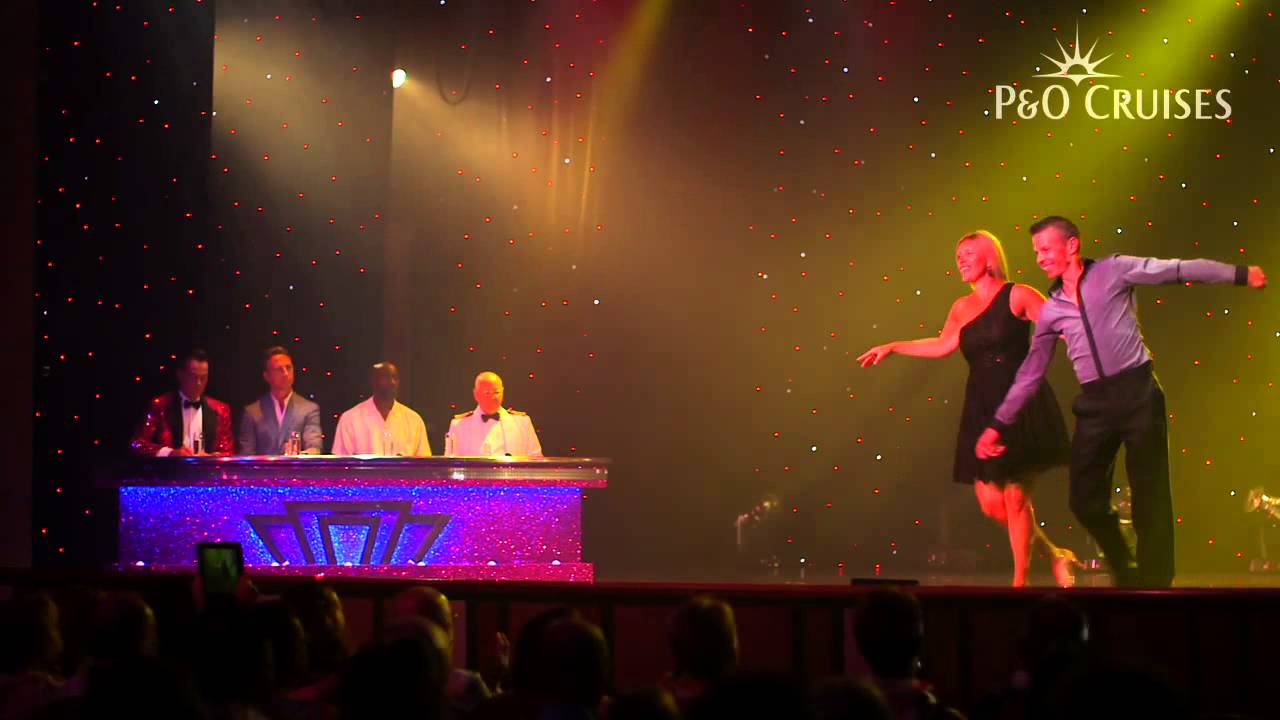