The U.S. passengers from the Quarantined Diamond Princess cruise ship in Japan are evacuated but some who remain onboard are not happy.
Read more
Princess Cruises

In the latest from the quarantined Diamond Princess cruise ship in Japan, the number of infections rises and the crew is set to undergo further quarantine.
Read more
Holland America Line

The deadly Coronavirus has been confirmed to have infected a woman who disembarked the ms Westerdam cruise ship operated by Holland America Line.
Read more

P&O Cruises has revealed the P&O Auroras new livery and is the first ship in the fleet to showcase the cruise lines new look.

The ship has just completed a huge 32 million pound refurbishment in Hamburg, Germany. Thanks to the upgrade the vessel has brought a fresh new look with new features for British cruisers to enjoy.

Included in the new look is a large Union Jack flag on the vessels bow. It won’t be as large as the Union jack featured on the upcoming P&O Britannia but really looks just as good. The flag will promote British cruising as the Aurora sails to lush destinations across the seas.

The ships funnels has been changed to blue and it features the rising sun which is P&O Cruises logo. Also on the 76,000 ton ship are a range of new improvements across several hotel departments. The refurbishment took 20 days to complete with 1,200 workers.

The P&O Aurora is now ready for its first voyages since the upgrade with it’s Christmas and New Year cruises. 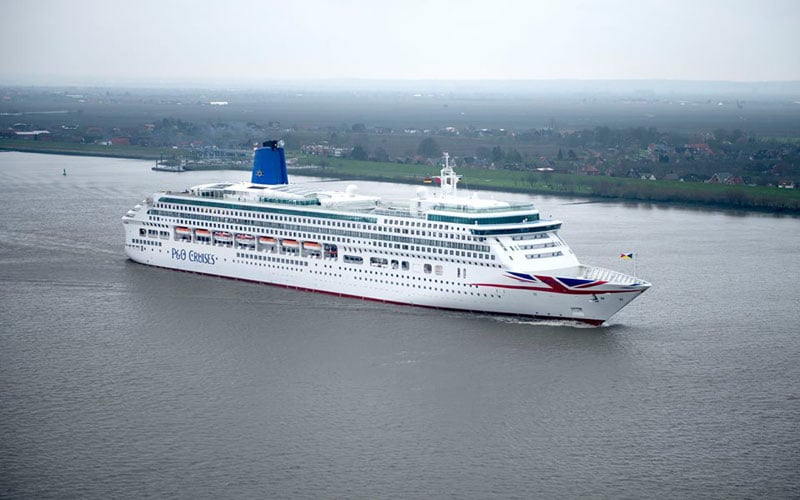 Largest Ever Cruise Ship for the UK Floats Out at Shipyard

The largest-ever cruise ship purpose-built for the UK market has floated out at the Meyer Werft shipyard in Papenburg, Germany.
Read more
P&O Cruises

A cruise ship that is operated by Carnival-owned P&O Cruises which is based in the UK issued a mayday after losing propulsion.
Read more
P&O Cruises

Passengers from a P&O cruise ship were stranded in port as the large cruise ship could not get them back due to bad weather.
Read more
P&O Cruises

A mass brawl broke out yesterday on the P&O Britannia cruise ship and as a result, passengers have been injured.
Read more