Photos Of All 3 Cunard Ships Off Coast Of Lisbon, Portugal

Cunard Line have released some breathtaking photos of all three Cunard cruise ships just off the coast of Lisbon, Portugal.

The photos are taken for the British cruise lines Queen Mary 2’s 10th Anniversary. The ships set sail from Lisbon yesterday 6th May 2014 which took over an hour to do, they then sailed to a special location at sea to do an exclusive photo shoot by famed Australian photographer James Morgan.

James Morgan took to the skies to take some amazing photos which had been planned for months. Lots of planning had been done to get the ships in the correct positions side by side.

[quote_box_center]Photographer James Morgan, who took to the skies in a helicopter to capture these iconic shots said: “It’s all about orchestrating the manoeuvre in advance. When you are dealing with the largest Ocean Liner in the world, you can’t sit in a helicopter asking if it can go left a bit or right a bit because it doesn’t work like that. A three ship formation like this has to be finely coordinated and choreographed ahead of time. It’s not like directing traffic – this is more like ship ballet.”[/quote_box_center]

Not just the three Cunard Queens met but also the Captains, with photos all together while docked in Lisbon. The ships are now heading to Southampton in the UK to mark Queen Mary 2’s Anniversary.

Below you can see the full collection of photos taken by James Morgan Photographic Consultancy:

Let us know what you think of these amazing photos in the comments below. 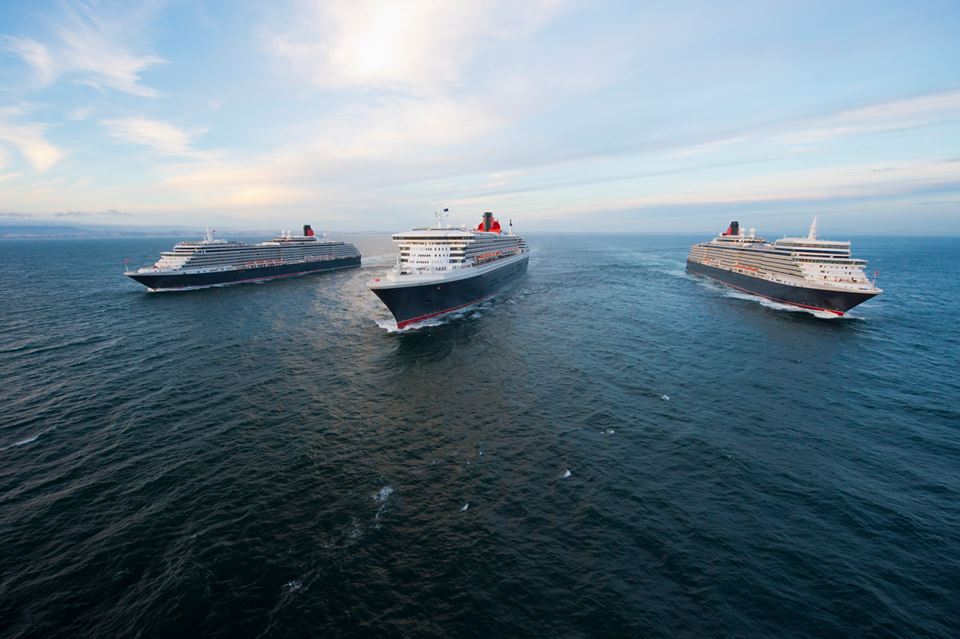