The 77,500 ton cruise ship Sea Princess has reportedly had a gastrointestinal outbreak causing at least 100 passengers to become sick.

The ship is currently sailing in Australia, it departed Fremantle on August 18th to Singapore and is now arriving back to Fremantle today, 12th September. According to local news outlet The West Australian passengers have said that it’s more like 200 passengers sick unlike the 100 passengers being reported.

Once the gastrointestinal illness began to spread the Sea Princess implemented sanitizing procedures which typically includes the crew cleaning all public spaces and room stewards doing extra cleaning in staterooms. Usually in a situation like this all the different departments around the ship will do extra cleaning using special sanitizing chemicals. Guests would also have to wash hands as much as possible.

The vessel also missed some ports of calls but that was due to a mechanical issue and guests were compensated for it. It’s made the entire cruise a bad experience for many of the ships guests.

Gastrointestinal illness is also known as Norovirus and can easily become an outbreak aboard cruise ships. So far this year the CDC has reported 8 cruise ships with Norovirus.

The last Princess vessel was Crown Princess which had an outbreak of Norovirus in April. Over a hundred passengers and crew got sick with vomiting and diarrhea which are typical symptoms. 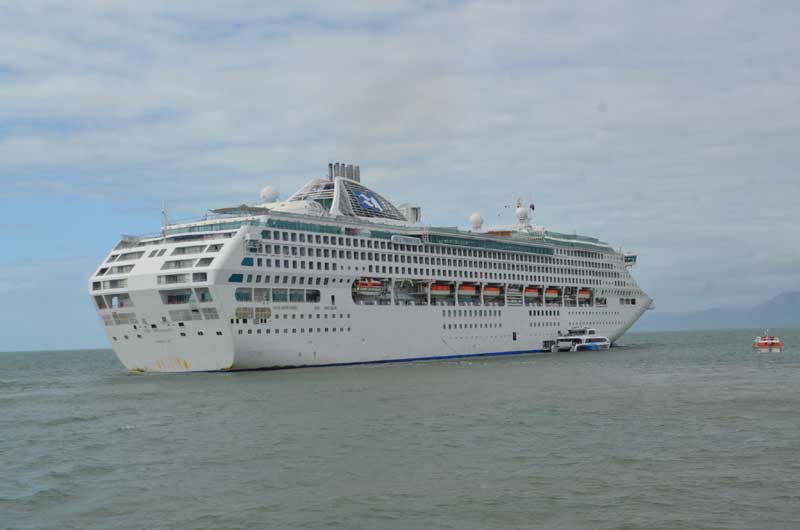