Cruise ship passengers were taken off for behaving badly, they are now banned from the cruise line and other cruise brands.

Seven cruise ship passengers have been removed from a cruise ship due to bad behavior. P&O Cruises Australia and local authorities took action after the passengers were apparently involved in an incident.

The bad behavior by the cruise ship guests is being reported by news outlets in Australia where six men and one woman have been removed from the Pacific Explorer ship. There was apparently a fight outside the Blue Room, a bar featured on the P&O Australia operated cruise ship. The site mentions that the men were hitting on the woman and the situation got out of hand.

Pacific Explorer returned to its homeport of Sydney on February 11 so that local authorities could take the trouble making passengers off. The police arrived to meet the ship on a boat and seven passengers were transferred to them. Pacific Explorer was not supposed to be back in Sydney until the end of its 3-day cruise which departed the popular port on February 9.

In a statement sent out by P&O Cruises, the cruise line has a zero tolerance in such behavior and all the passengers are now banned not just from P&O Cruises but sister cruise lines too. The Police are now investigating the incident which took place on the ship back on land.

Pacific Explorer is 77,400 gross ton vessel which has a passenger capacity of around 2,000. The ship was previously known as Dawn Princess for sister cruise line Princess Cruises. pacific Explorer is offering a range of itineraries based out of Sydney, Australia.

it wouldn’t be wise to ever get involved in incidents like this. If guests do end up fighting on a cruise ship they could end up being banned and handed over to the authorities. Back in 2015 Cruise Hive broke the news on passengers being involved in an incident while in-line for Cheeseburgers. We’ve also shamed guests in the past by posting similar situations on other ships. Never be like this and always respect your fellow guests. 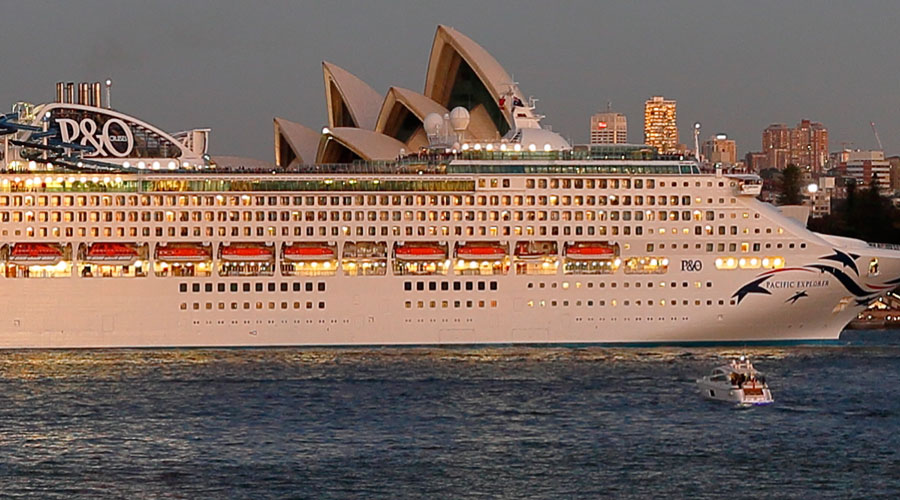