Passengers from a P&O cruise ship were stranded in port as the large cruise ship could not get them back on board the ship due to bad weather.

Around a thousand cruise passengers from the P&O Azura cruise ship, which is operated by Carnival-owned British based P&O Cruises, were stranded overnight on Saturday. During a port of call at Monte Carlo, Monaco, passengers had to stay on land overnight as the bad weather conditions were too dangerous to take them back to the ship, which was using tenders to transport passengers.

With guests having to remain ashore for safety concerns, the cruise line ended up putting them up in a basketball court with makeshift bedding. They were provided with food and shelter and according to P&O Cruises were well looked after.

The British cruise line eventually got everyone safely back on board on Sunday after passengers traveled from Monte Carlo to nearby Villefranche so they could be tendered back to the cruise ship.

It was a worrying situation, not only for the cruise guests but also family members back home. With all their belongings back on board, including any essentials such as medications and travel documents, it is understandably worrying but now thankfully the voyage is back on track.

The weather conditions which affected the tendering operations back to the ship were un-forecast. With choppy sea conditions, it can always be risky to do tenders and popular ports in the Caribbean such as Grand Cayman and Belize can often be canceled due to similar reasons.

P&O Azura is currently sailing a 14-day Meditteranean cruise based out of Southampton, UK. The ship’s scheduled call at Monte Carlo was from 7:00 AM – 7:00 PM and the next scheduled call was at Ajaccio, France on Sunday. The vessel will return to her homeport on October 5. The ship is around 115,000 gross tons with a guest capacity of over 3,000 passengers at double occupancy. 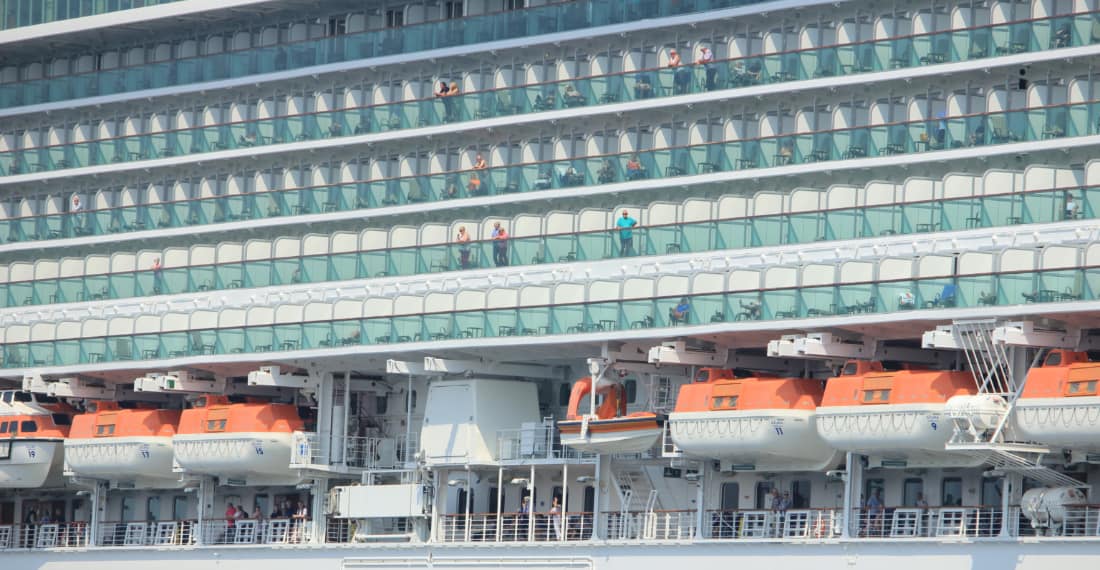