Passengers currently on the Norwegian Spirit have not been happy due to multiple itinerary changes and have demanded refunds.

Guests who are currently on the Norwegian Spirit 14-day cruise out of Southampton have been posting on social media of their outrage of itinerary changes and without offering any kind of refund. The problems all started as passengers were embarking the cruise ship at the home port in Southampton, UK on September 27.

One guest posted that the scheduled call to Amsterdam, Netherlands was already changed with a call to Le Harve in France. However, the NCL cruise ship never even made it to the alternative port of call due to bad weather.

Without visiting Le Harve the ship then headed for the next scheduled call in Norway with Bergen on Sept 30, Flam on Oct 1 and Geiranger on Oct 2. Guests became angered further when the two scheduled calls to Iceland on Oct 4 in Akureyri and Reykjavik on Oct 5 were swapped with another two calls in Norway.

This meant the Norwegian Spirit ended up sailing to five ports in Norway with many of the calls offering the same excursions. Another alternative call to Greenock in West Scotland also did not take place due to the weather conditions.

The Scottish Heritage trusts also tweeted the due to bad weather the Norwegian Spirit would not be calling to the port and had to turn around:

One passenger posted ” In my opinion, this is a bait and switch scam ship. Passengers should be compensated for time and cost of the cruise, refunds for missed excursions, service charges and the difference in port charges.”

The Norwegian cruise ship is scheduled to arrive back at Southampton on October 11. Guests have dominated the central atrium area where the guest services is located to demand a refund. As seen in the video footage guests are shouting “refund” and are fed up with the port changes.

The NCL ship is 75,900 gross tons with a passenger capacity of over 2,000 at double occupancy. 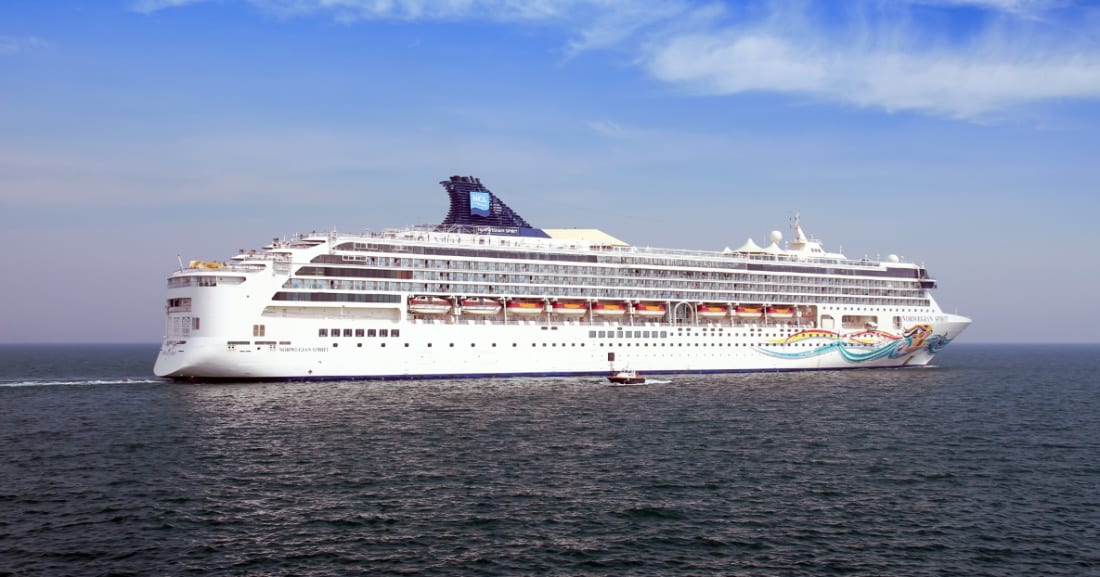