“Most” Passengers on Independence of the Seas Become Sick

The usually bustling central promenade of the Independence of the Seas was eerily quiet as many passengers had fallen ill on a five-night Caribbean cruise. On December 14, letters were distributed to cabins informing passengers that a “small number” of people had symptoms of the Norovirus, and that they should take extra precautions.

However, within 24 hours a staff member at guest services stated that a number of sick passengers continued to increase, and “most” of the people onboard had fallen ill. At the time of publication, we had not received confirmation from the CDC as to the number of people who have been affected (cruise lines are required to report gastroenteritis cases). 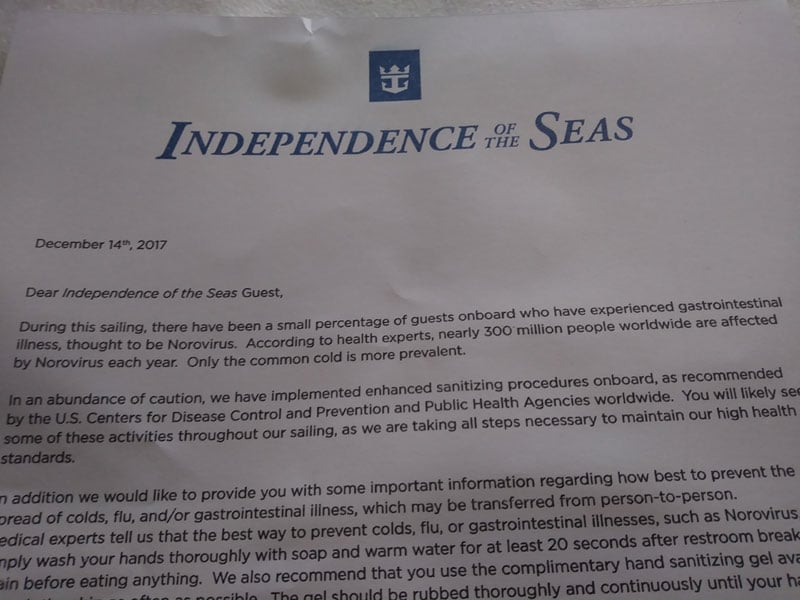 Free medical consultations were offered, but passengers had to leave their cabins to go to the medical office, and many reported waiting more than three hours to see the doctor onboard. Those who were too ill to wait returned to their cabins without seeing a doctor.

One passenger states that “long lines of people were sitting on the floor outside the medical center to put their names on a list to be seen. They were vomiting in garbage baskets that they brought with them from their cabins. It was packed. Elevators were shut down because people had vomited in the elevator on the way down to the doctor.” 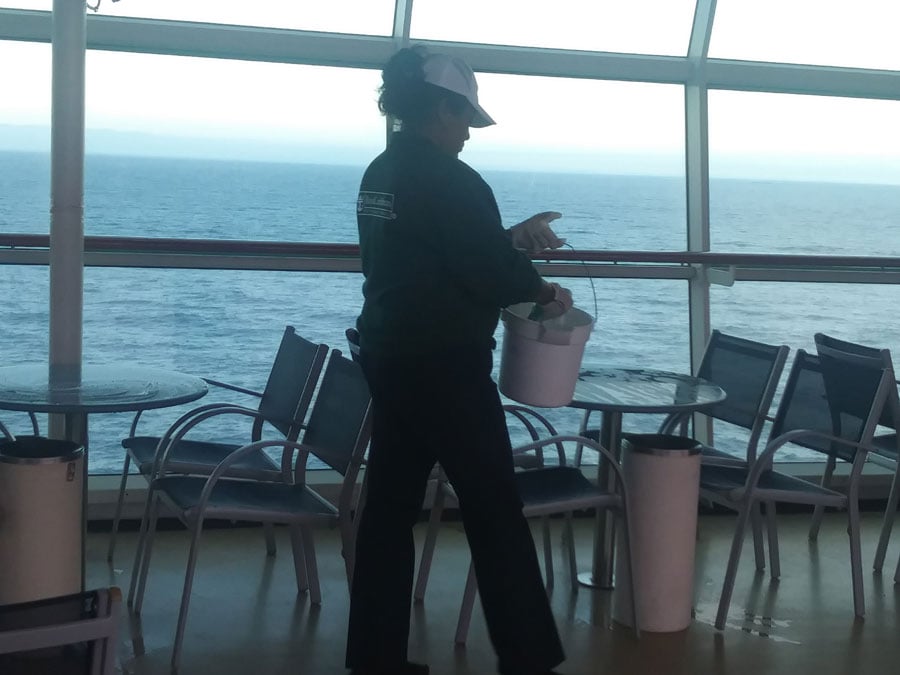 After visiting the doctor, sick passengers were asked to remain quarantined in their rooms for 24 hours. Free room service and in-room movies were offered to sick passengers – but only after they had been seen by the doctor.

Several procedures were put in place by the cruise staff to prevent the illness from spreading further. On December 15, guests were asked to vacate hallways for two hours as the crew sanitized the area. They wore HAZMAT-like suits and masks to spray the walls and floor.

The Windjammer buffet switched from self-serve mode to crew member-assisted service, and passengers were encouraged to wash and sanitize their hands frequently.

Also Read: Ways Not To Get Sick With The Norovirus While Cruising

The Independence of the Seas has a passenger capacity of 3,634 (based on double occupancy) with a crew capacity of 1,300. The ship was completely full when it set sail on December 11 from Ft. Lauderdale. 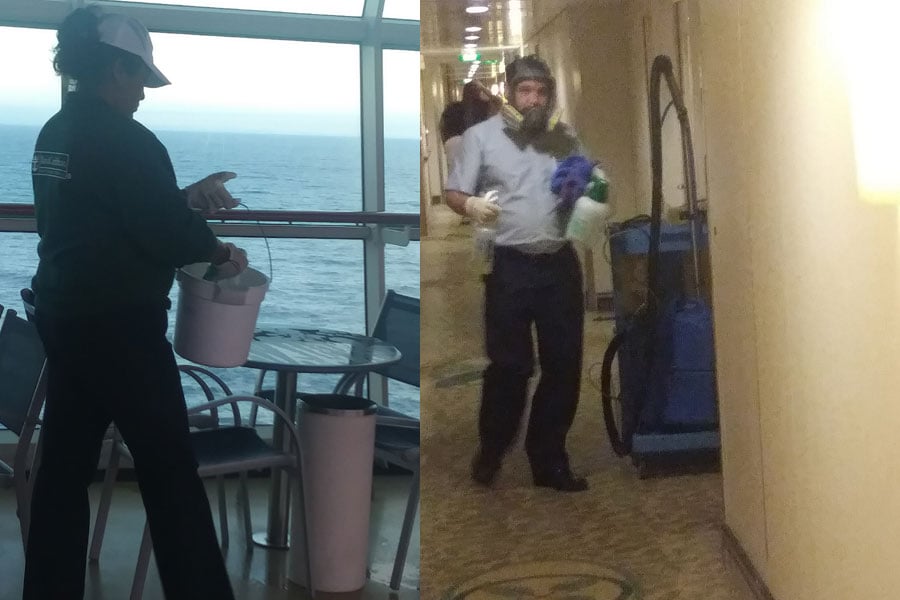