Carnival Cruise Line Australia made a press conference on the incidents which occurred on the Carnival Legend cruise ship. Those involved in fights have now been removed from the ship and an investigation is underway. Watch it below:

A group of cruise passengers on the Carnival Legend have been behaving badly onboard by terrorizing other guests, getting into fights and making threats. The ship which is operated by Carnival Cruise Line has taken action by removing them from what is now being called “the cruise from hell” from other passengers.

Disturbing footage has been posted online as a brawl erupts involving Carnival Legend passengers. We’re not going to post the video or any footage of these violent brawls on our site, if Cruise Hive readers want to they can view one of the videos here.

According to news in Australia which is where the Carnival cruise ship is based, there were brawls onboard involving around 30 people and the clashes were between two groups of cruise ship passengers. The ship’s security can be seen trying their best to resolve the incident but had their hands full.

Carnival Legend which is on a 10-day cruise down under docked in Eden, a coastal town in New South Wales about 478 kilometers from Sydney on Friday morning, February 16, 2018. Police officers have boarded the Spirit class ship and an operation is underway to remove all those passengers involved in the brawls and behaved badly.

Carnival Cruise Line in Australia sent out a statement to the News AU site:

“Safety is the number one priority for Carnival Cruise Line, we take a zero tolerance approach to excessive behaviour that affects other guests and we have acted accordingly on Carnival Legend.”

“The ship’s highly trained security staff have taken strong action in relation to a small group of disruptive guests who have been involved in altercations on board.”

“The ship’s security team is applying our zero tolerance policy in the interests of the safety and comfort of other guests.”

“Carnival Legend is currently on a 10-day South Pacific cruise scheduled to be completed in Melbourne tomorrow where the ship is currently homeported.”

This is still developing news so more details are expected to come out in the coming days. There were several fights and incidents during the cruise and even some were confined to their cabins. Other passengers have felt scared onboard the ship and some have even been victims of attacks from the group of passengers causing the brawls.

Carnival Legend is an 88,500 gross ton ship and is based out of Melbourne, Australia including several calls in New Caledonia. The ship is scheduled to arrive back at its homeport in Melbourne, Australia on Saturday, February 17, 2018. The Call in Eden is not part of the planned itinerary and unexpected but necessary to remove the guests who were causing issues.

Another recent event on a P&O operated cruise ship also based in Australia. A group of passengers was involved in a fight and seven ended up being removed by Police in Sydney. 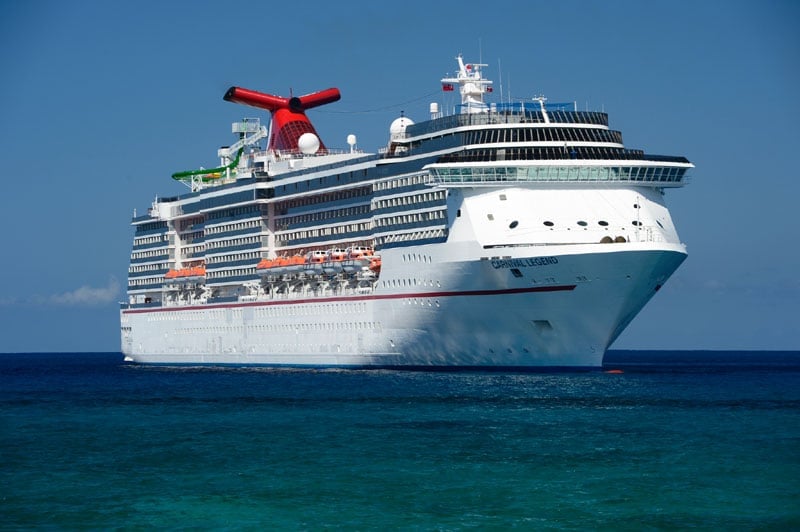