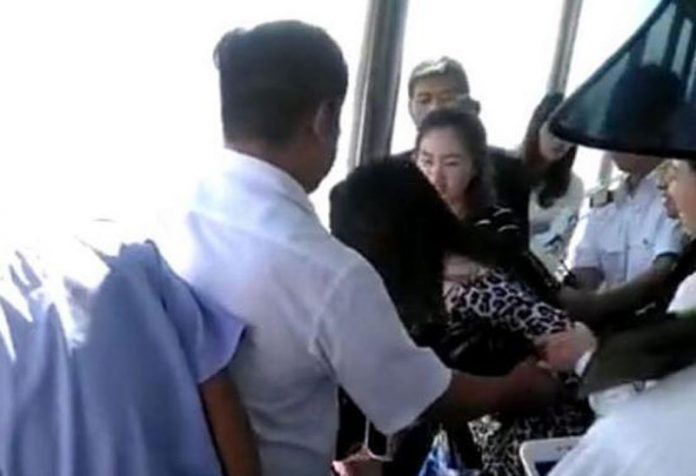 A Chinese woman has tried to jump overboard a small cruise ship in China to find her phone which fell into the water.

These days none of us can do anything without using our cell phones and a Chinese woman who tried to jump overboard a small cruise ship on October 14th definitely agrees. According to local media passenger, Miss Liu was a tourist and a small cruise vessel named Erhai No. 1. She dropped her phone while taking photos from deck 4. The phone fell into the Erhai Lake in Yunnan province, southwestern China.

Woman Being Restrained From Going Overboard

Miss Liu is screaming and very upset that her phone has gone into the lake. Other passengers and crew members restrain her from jumping into the water to try and retrieve her phone. She got so upset that it was decided to put her on a small boat and take her back to shore. Crew members also tried looking for the phone with fishing nets but no luck.

Passenger Drops Phone and Tried to Jump Overboard
1 of 3

Even though this is not a major cruise line it is still interesting to post about something like this so we don’t try to do the same thing! it is life-threatening to go overboard on any type of vessel small or big. If you ever do drop your phone into the ocean or in this case a lake then say goodbye, you’ll likely never see it again. Try to keep your phone away from the side of the ship any also use a selfie stick which can make it more secure from falling. 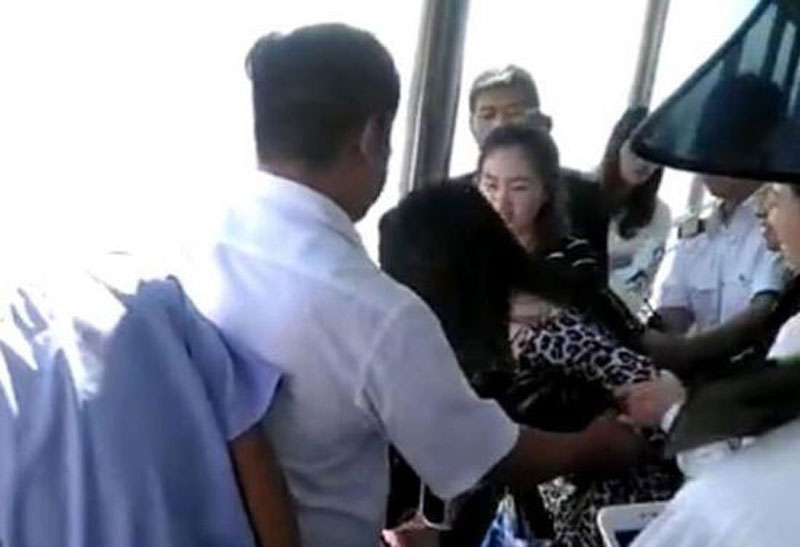