A very dedicated passenger has sailed on Carnival ships 100 times! Ralph Fegley recently sailed on the Carnival Dream which makes it the 100th time he has cruised on a Carnival ship.

Carnival Dream was sailing out of Port Canaveral and Ralph was on a seven-day Caribbean voyage. As expected he got a lot of attention while aboard the large vessel. Ralph got to spend time with the ships officers who also presented him with a ship model, no not the $25 dollars ones from the gift shop! Also when Ralph checked in for is 100th voyage there was a special banner welcoming him home.

The avid cruisers first voyage on Carnival was in 2002 on the Carnival Fascination and you would think someone with that many cruises would have started cruising a lot earlier than that. He’s also set foot on all the ships in the fleet so would be perfect to ask him for some advise.

At the moment Ralph is sailing aboard the Carnival Dream but in style, as he’s sailing on the ship for 21 days doing back to back to back cruises. How many cruises have you sailed? Let us know in the comments below. 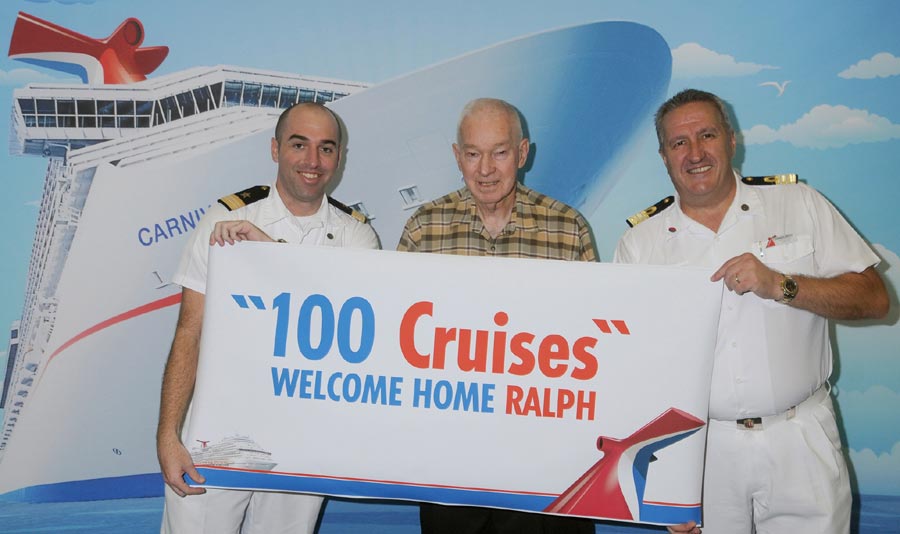