According to Cruise Niche, a male passenger has gone overboard Independence of the Seas.

Overnight a search operation was launched for a male passenger who had gone overboard the large Royal Caribbean ship. From posts on Twitter which you can read below, the man had gone overboard from deck 12 and the cruise passenger tweeted “that the person did a swan dive from the upper decks”. It was confirmed by crew members and the captain that someone had gone overboard and there was a U.S. Coast Guard ship and Helicopter responding. Apparently, the guest “deliberately jumped”

Odd..the helicopter did one lap around without the spotlight on and left. Not much of a search yet…#Manoverboard #Independenceoftheseas

Spoke w/staff who confirmed that a guest reported that they believed a someone went overboard approx. 4 hours ago.

Staff members confirmed the family has been notified. Three other cruise ships, a coast guard vessel & a helicopter are helping search.

At 6:10am lifeboats are brought back up & we are heading full speed to Ft. Lauderdale. #Independenceoftheseas #manoverboard #royalcaribbean

In situations like this, the cruise ship will also activate its search procedures, these include the lowering of tender boats or lifeboats where experienced staff will begin searching around the ship. A spotlight from the bridge will also be used to try to spot anyone who went overboard. Sadly in most cases, the person is never found and the ship will be released from search operations by the Coast Guard to continue with its itinerary.

In this case, the ship brought back up its lifeboats and continued towards its home port in Florida. Our thoughts are with the man’s family and loved ones and we could never imagine how difficult it must be during the festive season.

Independence of the Seas is a 154,400 gross ton vessel and was coming to the end of 6-day Western Caribbean cruise and was heading towards Port Everglades Florida when the man went overboard. The ship can carry 3,600 guests at double occupancy. 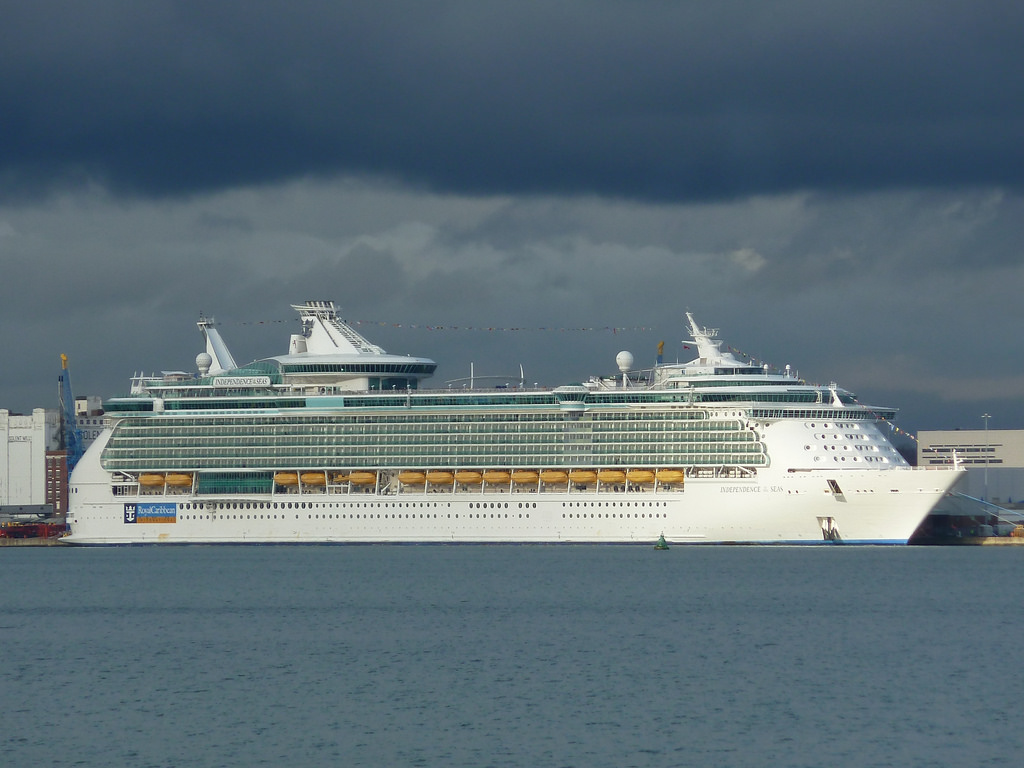