P&O Ventura is now docked in Southampton and the ship is expected to depart Southampton at 7:45pm for its 2-night cruise to Belgium. BBC reports that authorities have now called off the search for the missing passenger after 12 hours.

A passenger has gone missing from the P&O Ventura cruise ship which is operated by British based cruise line P&O Cruises. It is believed that the passenger went overboard but this is not confirmed.

This morning before the P&O Ventura’s scheduled arrival back in Southampton, UK a male passenger went missing and more than likely overboard. In a statement from P&O Cruises the large ship conducted a search around the Isle of Wight region but then later handed over to the UK Coast Guard.

Here is the full statement from the cruise line:

Following reports of a missing person earlier this morning, Ventura conducted a thorough search of the area off the coast of the Isle of Wight. As a result of this search, which has now been handed over to the coast guard as is usual in these instances, Ventura’s scheduled arrival into Southampton this morning is delayed and it is anticipated that the ship will arrive at 12.30pm.

We have contacted all passengers where we hold mobile numbers to advise them of the delay. Guests have been advised to delay their arrival by three hours from the time printed on their tickets. Those who arrive at the terminal will be asked to return three hours after their check in. We will be applying a £20 per person credit to guest accounts on board so that they can purchase lunch prior to their arrival. Ventura is returning from a 14 night Mediterranean itinerary which left Southampton on September 27.

The Ventura was arriving back at its homeport in Southampton at the time after a 13 night Mediterranean cruise which departed on September 27. Due to the ship searching for the missing passenger it was delayed with a new arrival time of 12:30pm in Southampton. The cruise line is giving each guest a £20 credit which can be used before the later arrival time.

P&O Ventura is 115,000 gross tons and will be sailing a 2 nights Belgium cruise departing October 10. 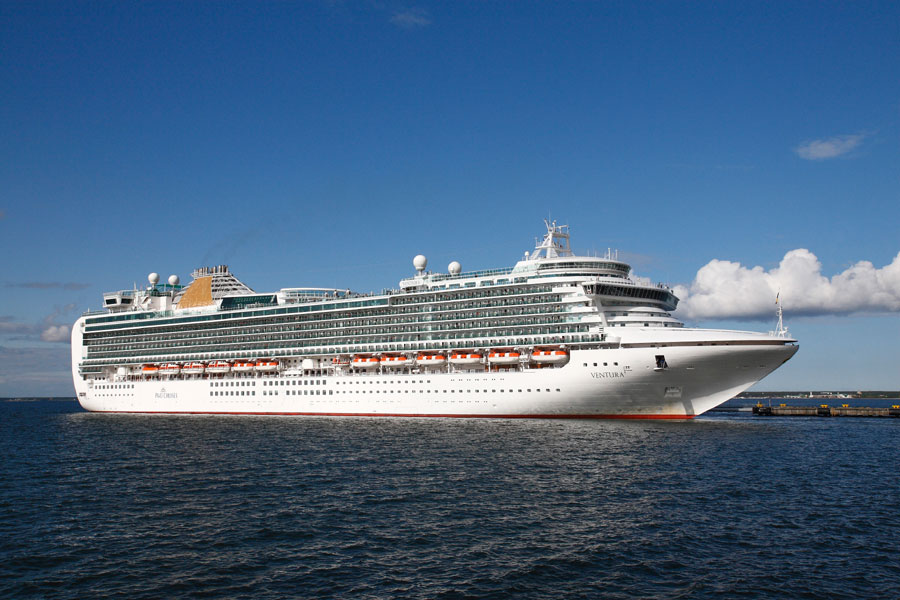