Norwegian Cruise Line has now sadly stated that the search for the overboard passenger from the Norwegian Epic has been called off.

The cruise line already said the missing guest was a 63-year-old female from Korea which means early reports of an America teenage are incorrect.

Here is the statement which NCL tweeted:

Early morning on June 8, a 63-year-old Korean female guest went overboard while the ship was sailing from Cannes, France to Palma de Mallorca, Spain. As soon as the report was made, the authorities were notified and a search and rescue operation ensued.

The search has now ceased, and sadly, the guest has not been found. Our thoughts and prayers are with the individual’s family during this difficult time.

A teenage passenger has gone overboard the Norwegian Epic cruise ship during a Meditteranean cruise. A port of call has also been canceled.

Norwegian Cruise Line has confirmed that an adult passenger has gone overboard the Norwegian Epic cruise ship while en route to Spain. According to passengers on the current cruise, the missing guest is a female teenager from the United States.

The cruise line confirmed the reports via Twitter and stated that a search by local authorities is currently underway. The guest went overboard early morning on June 8 in the Mediterranean. Guests have also been trying to spot the missing teenager throughout the day but sadly the person has not yet been found.

The large NCL ship has maintained position around 200 miles from Cannes in the French Riviera and a scheduled call to Palma de Mallorca, Spain has been canceled.

According to a passenger who told the Weather Channel, the captain has asked people to head out to the open deck to help look for her in the water. It was also mentioned the teenager’s parents went to bed at 1:00 AM and the following morning noticed she was missing. After checking CCTV footage she was last seen going into her cabin.

The 155,800-ton cruise ship is currently sailing a 7-day western Mediterranean voyage which departed her homeport in Barcelona on June 2. The ship is now expected to head straight back to the homeport in Spain with a scheduled arrival on Sunday. It does depend on how long the vessel continues to be involved in the search effort.

It is a very worrying time indeed and our thoughts go out to the teenagers family and friends during this very difficult time. We still have hope she is found.

The Norwegian Epic has a passenger capacity of over 4,100 at double occupancy and joined the fleet in 2010. 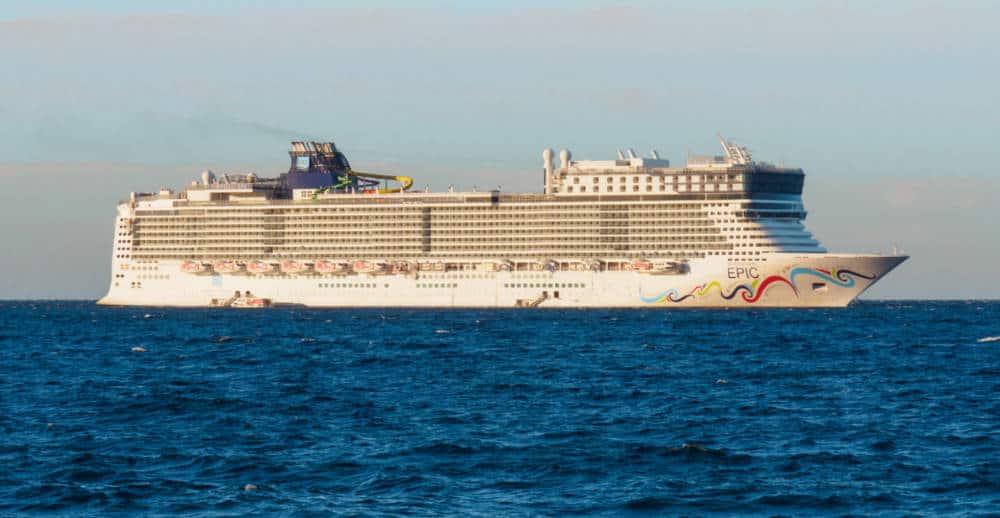