Dancing With The Stars At Sea Passenger Crowned Champion

Earlier this month on December 6th Holland America Line crowned it Dancing With The Stars At Sea champion.

The passenger crowned is Brenton Mitchell of Halifax, Nova Scotia and is the second guest to win the competition. Mitchell represented the ms Neiuw Amsterdam and was up against 14 other guests who were also competing for the Mirrorball Trophy.

A self-described amateur ballroom dancing hobbiest, Mitchell danced in the ship’s main show lounge in three elimination performances before making it to the finals where he executed a waltz and tango with shipboard dancing partner Whitney Szabo in front of a judging panel that included “Dancing with the Stars” professional dancers Kym Johnson, Artem Chigvintsev and Sharna Burgess and actress Sabrina Bryan.

“We’ve been building up to the Champions Cruise all year and it was an exciting and challenging week for all 15 guest competitors, who each deserve to be congratulated,” said Orlando Ashford, president of Holland America Line. “Special praise goes out to Brenton for winning the title and dazzling a judging panel of professional dancers.”

The 15 Champions Cruise competitors represented each of the ships in the Holland America Line fleet and are from their respective ship’s “Dancing with the Stars: At Sea” dance competitions that were held onboard every cruise throughout the past year.

Joining the Champions Cruise to perform in a special production show were ABC’s “Dancing with the Stars” professional dancers: two-time “Dancing with the Stars” champion Kym Johnson, Sharna Burgess and Artem Chigvintsev. Celebrities who have previously appeared on the hit television show and performed onboard included actress Sabrina Bryan and television personality Carson Kressley.

Holland America Line’s partnership with ABC’s “Dancing with the Stars” features the shipboard program through the 2015-16 sailing season, culminating with another Champions Cruise guest dance-off competition on theJan. 10, 2016, western Caribbean sailing of ms Nieuw Amsterdam. Winners from cruises throughout the year could be chosen to win a free cruise to represent their ship on the next Champions Cruise. 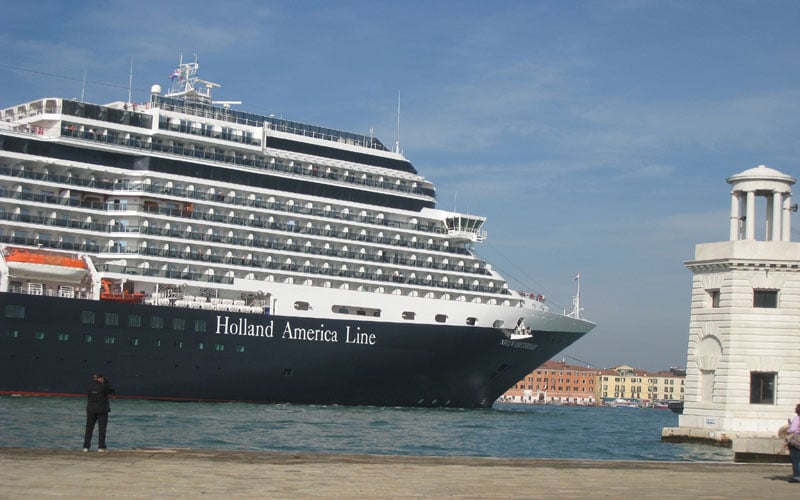