There has been passenger airlift from onboard the Carnival Magic on Sunday February 1st. The U.S Coast Guard has stated that rescue helicopter crew medevaced a 51-year-old woman off the vessel while it was approximately 184 miles offshore of Galveston, Texas.

The passenger was apparently experiencing respiratory problems and requested a medical evacuation. The Coast Guard received a call from the ships medical staff at around 9 pm on Saturday. A rescue Helicopter was dispatched to take the 51-year-old to an on land medical center.

“Whenever we are responding to a case that is a significant distance offshore the risk is elevated, but with the expertise of both aircrews, as well as the seamless coordination from the Sector Houston-Galveston command center personnel, we were able to safely transport the woman to the highest medical care possible.” said Lt. Cmdr. Scott Sanborn, the operations officer at Air Station Houston. “The success of this case is a testament to the combined efforts of all involved.”

The Coast Guard has released a video of the woman being airlifted from the Carnival Magic:

Once in the hands of the Coast Guard the passenger was transferred to University of Texas Medical Branch where she is now in a stable condition. Medevacs are common within the cruise industry and most of them occur smoothly and efficiently. 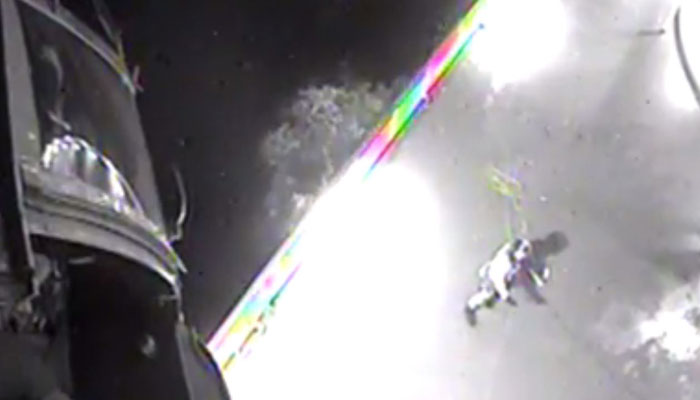