Work has already started on one of the former Royal Caribbean cruise ships which is being scrapped and recently beached in Turkey.

There is no waiting about as scrapping has officially started on the former Royal Caribbean cruise ship. Workers at the facility have cut off the prow of the bow which is the large chuck at the forward-most part of the ship.

Other areas of the ship have also been cut out so that workers can gain easy access as the scrapping continues.

The vessel has already been stripped of all its valuable and important items when she was docked in Naples, Italy earlier in July. After departing Naples the ship headed for the Aliaga ship breaking facility in Turkey and she was beached on the morning of July 23, 2020.

Selçuk Ateş shared the photo from a distance on social media of the large part of the bow missing from the Sovereign.

Sister ship Monarch which is also a former Royal Caribbean cruise ship was beached ready for scrapping a day earlier. Both vessels were operated by Spanish-based Pullmantur Cruises before the cruise line went out of business due to the global health crisis and the suspension of operations.

Another Carnival cruise ship named the Carnival Inspiration will also be beached and join the three vessels in the next day or so. Right now the ship is anchored just off the coast in preparation for the beaching.

Sovereign will now be cut apart and before we know it, she won’t be recognizable. The metals and materials will be sold off to used again in the future. The ship is the first in her class and entered service in 1988. The ship is over 73,500 gross tons and has a guest capacity of over 2,800. 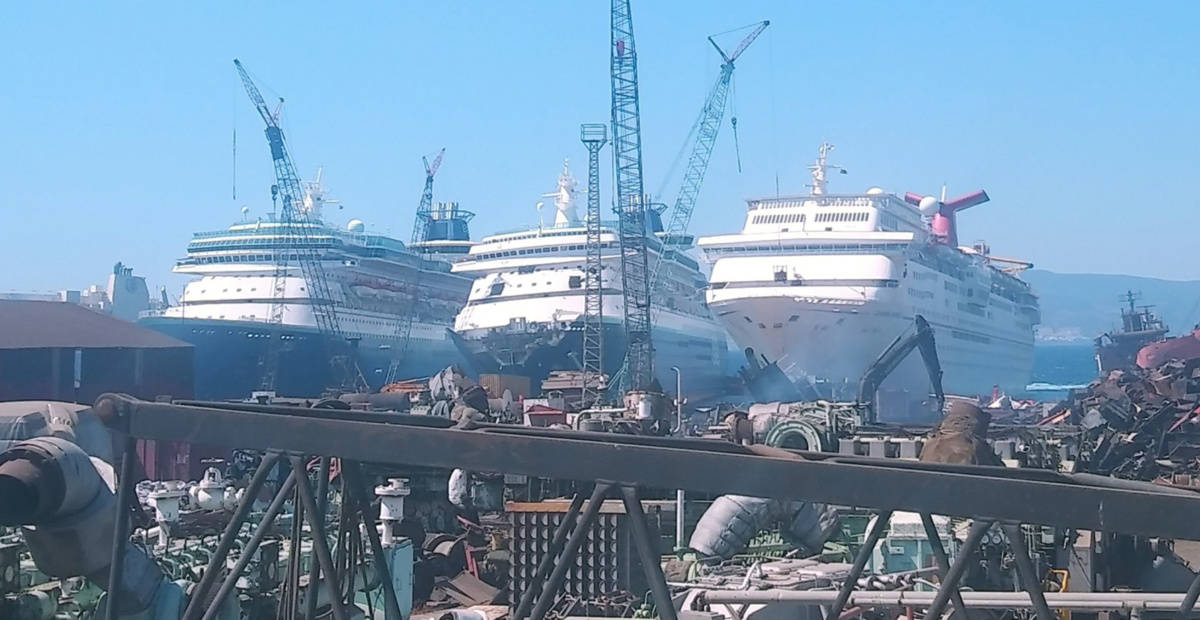