According to reports smoke was seen coming from a Carnival cruise ship during a Caribbean cruise on Friday March 27th.

the Carnival Liberty was docked at the popular Caribbean island of St Maarten when smoke was seen coming from the front of the cruise ship. Apparently a small amount of guests and crew were evacuated, These guests were probably located near the ship’s bow which is also the same location where many crew cabins are.

Below is the latest statement from Carnival Cruise Line:

Earlier this morning, while the Carnival Liberty was docking at St. Maarten, there was a report of smoke in the forward section of the ship. Shipboard personnel immediately responded to the area and after further investigation, found the cause of the smoke was due to friction of a bearing on one of the ship’s forward thrusters, which overheated. All of the ship’s safety systems and hotel services continue to function as normal. The ship will depart St. Maarten this afternoon as scheduled. Carnival Liberty is on a seven-day Caribbean cruise that departed Port Canaveral, Fla., on Sunday.

According to Yahoo a local fire rescue truck was dispatched to the dock area and no injuries have been reported. Carnival have confirmed that an overheated bearing caused the smoke to come from the front section of the 110,000 gross ton vessel.

Carnival Liberty was sailing a 7-day Eastern Caribbean cruise that departed Port Canaveral, Florida on March 22nd. Port of calls include St Thomas, St Kitts, Tortola and St Maarten. The ship was not delayed departing the island and is expected At San Juan, Puerto Rico as scheduled. 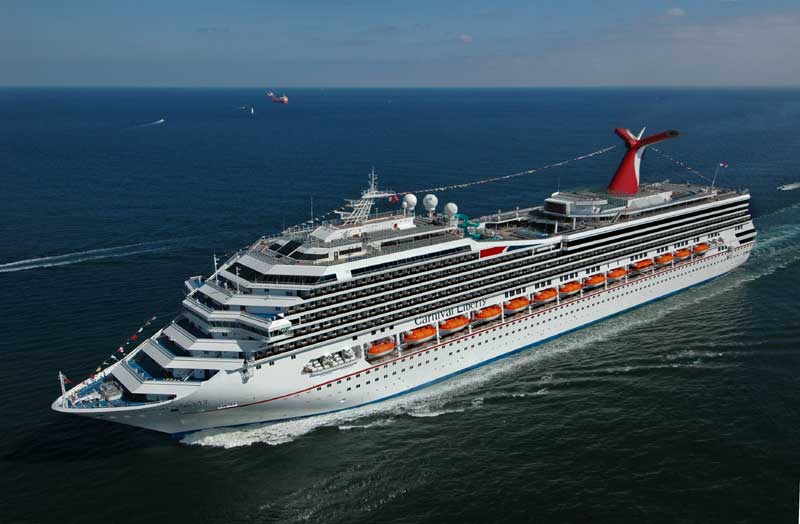