Ovation of the Seas Now Officially Sailing For Royal Caribbean

Ovation of the Seas has officially been delivered to Royal Caribbean and is now all set to begin service. The third quantum class ship has been under construction by the Meyer Werft shipyard in Papenburg Germany and just recently completed Sea Trials in the North Sea.

“It’s wonderful to welcome Ovation of the Seas to the Royal Caribbean family of ships.” “We have once again introduced yet another one of the most technologically advanced cruise ships and the very first that has been built for the China market – a market we continue to demonstrate our commitment to expanding. Quantum Class has redefined the status quo, and we are excited for our guests in China and Australia to enjoy their extraordinary vacations onboard this stunner.”

The 168,666 gross ton ship celebrated the delivery in in Bremerhaven, Germany which was attended by Royal Caribbean and Meyer Werft executives. Ovation of the Seas is now the 24th ship in the fleet and has groundbreaking features like robotic bartenders, capsule that rises above the ship called North Star and the Ripcord simulator experience.

Ovation of the Seas will now sail to Southampton, U.K., where the ship will offer a series of short getaways before she sets sail on her 52-night “Global Odyssey” culminating in the arrival to her homeport in Tianjin, China. She will begin her first homeport sailing season in China from Tianjin in June 2016. Ovation, together with Quantum of the Seas, Mariner of the Seas, Voyager of the Seas and Legend of the Seas, will make up the largest fleet of any cruise line sailing in China.

Yesterday Cruise Hive also reported that due to high demand ovation of the Seas will sail a second Summer season in Australia along with an extended season which starts this year. 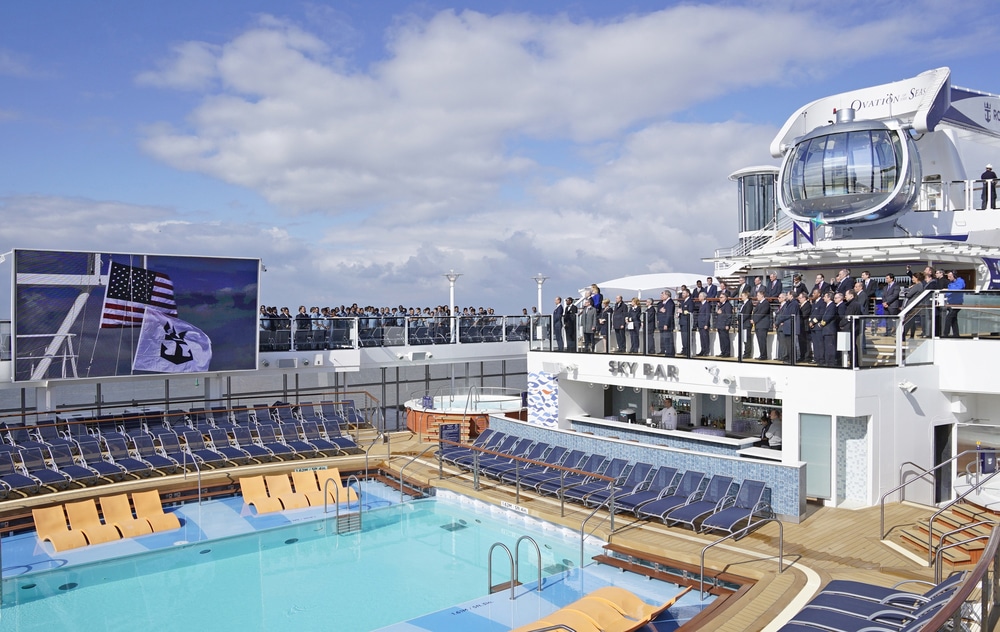