Ovation of the Seas Begins Conveyance Along Ems River

It’s a busy time for Royal Caribbean with Harmony of the Seas beginning sea trials off western France and now Ovation of the Seas beginning its conveyance along the Ems river in Papenburg, Germany. The 26-mile journey from the Meyer Werft shipyard has already started thanks to good weather conditions.

it will be no easy task to get the large 167,800 gross ton vessel to the North Sea. Ovation of the Seas will be helped with some tug boats at a very slow speed. It will take around 10 hours for the ships to completed the task but with only a few inches free on either side, it really is a challenge.

Once Ovation of the Seas reaches the North Sea it will begin Sea Trials where multiple propulsion and maneuvering tests will be done. The Sea Trials are a major construction milestone and now this is the third Quantum class ship it should go smoothly. Sister ships Quantum of the Seas and Anthem of the Seas both went through the same phases from Meyer Werft.

Here are the latest photos by Royal Caribbean:

Not long after sea trials Ovation of the Seas shall begin sailing from Southampton on a series of introductory cruises which is common with new Royal Caribbean ships. Then the Quantum class ship will begin sailing towards its new homeport of Tianjin, China on a 52-night Global Odyssey cruise. Sailings out of China will begin in June 2016.

At the end of last month the ship floated out of the construction hall in Papenburg, if you missed it along with recent photos then take a look here. 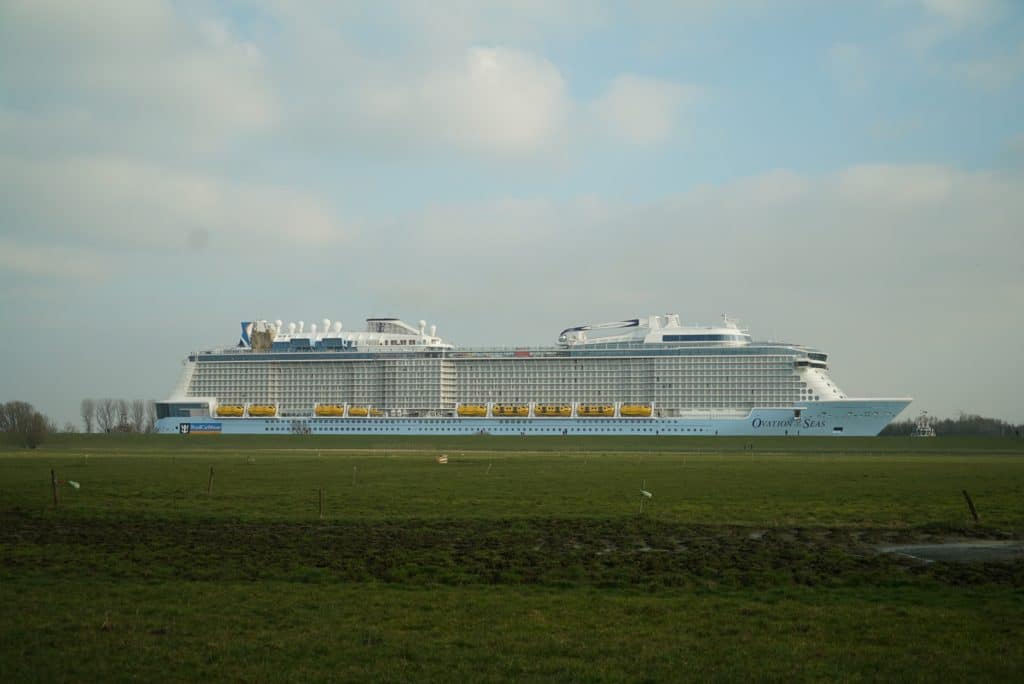