Ovation of the Seas Will Sail A Second Season In Australia

Royal Caribbean has announced that Ovation of the Seas will be making a return to Australia for a second time during the 2017/18 Summer season. The new ship is already scheduled to sail its first season in Australia towards the end of this year.

Australia is one of the biggest cruise markets and there is a demand for larger vessels sailing down under. Itinerary details regarding the second season have not yet been revealed but the cruise line suggests we keep checking their site for new information at the end of April.

Royal Caribbean also announced the most technologically advanced ship for Australia will now extend her maiden season down under with four extra cruises during this forthcoming summer 2016/17 season. 90 percent of bookings have already sold out for the ship’s upcoming Australian voyages and as a result have extended until February 2017. Itinerary details for the extended cruises will also be revealed later in the month.

“The level of interest for Ovation of the Seas has exceeded all of our expectations; we’re currently over 90 per cent sold for next summer’s sailings.” “She is a true game-changer and such was the high demand for the ship that we’ve been able to secure four extra cruises from Sydney, which will extend the season into late February 2017.”

“This extension of her maiden season – plus her subsequent return in summer 2017/18 – reaffirms Australia’s position as one of the most significant cruising markets in the world and Royal Caribbean’s position as Sydney’s leading cruise line,”

“We are delivering Australians the most modern style of cruising from their doorstep – a style they previously had to travel overseas for. Australia has asked for more and we will deliver; four more cruises, a return at the end of 2017, and more opportunities to experience a brand new era of cruising on Ovation of the Seas, purpose-built for the Asia Pacific market,”

The 167,800 gross ton Ovation of the Seas is nearing completion and will launch later this month, sailing from Southampton for a short sojourn in Europe before repositioning via Dubai and Singapore on a 52-day “Global Odyssey” to arrive in Beijing (Tianjin) for her inaugural China season commencing 24 June 2016. On 30 November 2016, she will set sail on a 15-night Singapore to Sydney voyage via Fremantle, Adelaide and Hobart, repositioning to her new home down under for her maiden Australian season in December.

Guests who are booked on the 23 January 2017 repositioning cruise from Sydney to Singapore will be contacted directly and offered first choice of sailings to rebook, including the revised repositioning itinerary scheduled for four weeks later. 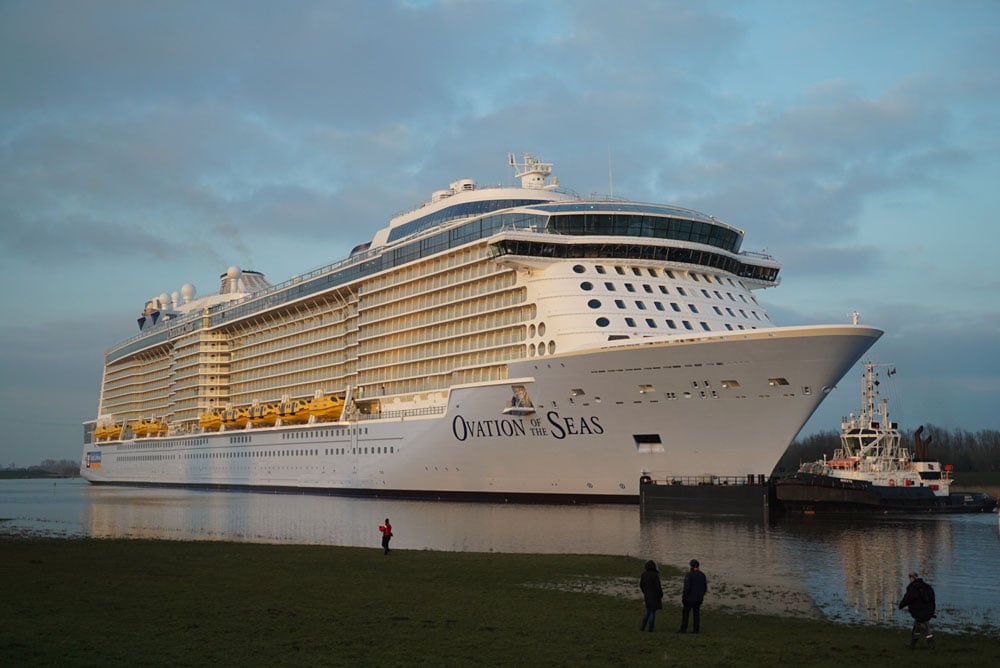