Ovation of the Seas To Homeport In Tianjin, China

Royal Caribbean have announced that the third Quantum class cruise ship ovation of the Seas will sail from Tianjin, China in 2016.

The announcement was made by the cruise lines President and CEO, Michael Bayley, in a Beijing, China. The ship will sail from the Chinese port after it makes it debut in April 2016 and will be the fifth Royal Caribbean cruise ship in the region.

“Cruising has become very popular for Chinese consumers and Royal Caribbean is already capturing their imaginations with our industry-leading cruise ships,” said Bayley. “We are furthering our commitment by bringing two of the world’s newest and most advanced Quantum-class cruise ships to the region. In addition, we are significantly expanding our investment in the training and employment of Chinese talent so they can join us in delivering our amazing and distinctive vacations to Chinese travelers.”

Once Ovation of the Seas enters service the official maiden voyage will depart Southampton, UK on May 3rd 2016 on a 52-night adventure that will end in Tianjin, China. take a look at some details on those itineraries which are part of the 52-night voyage.

“While China gets the newest Quantum Class, North America is getting the newest Oasis Class, Harmony of the Seas. There will be three Oasis-class ships sailing from two Florida ports starting in 2016, in addition to Anthem of the Seas from Cape Liberty, giving vacationers plenty of options for a truly memorable Royal Caribbean cruise.” added Bayley.

Ovation of the Seas is part of the Quantum class which are the most innovative and technically advanced vessels ever constructed. The ships are all built at the popular Meyer Werft shipyard in Papenburg, Germany. ovation will be 168,666 gross tons and carry over 4,000 passengers. 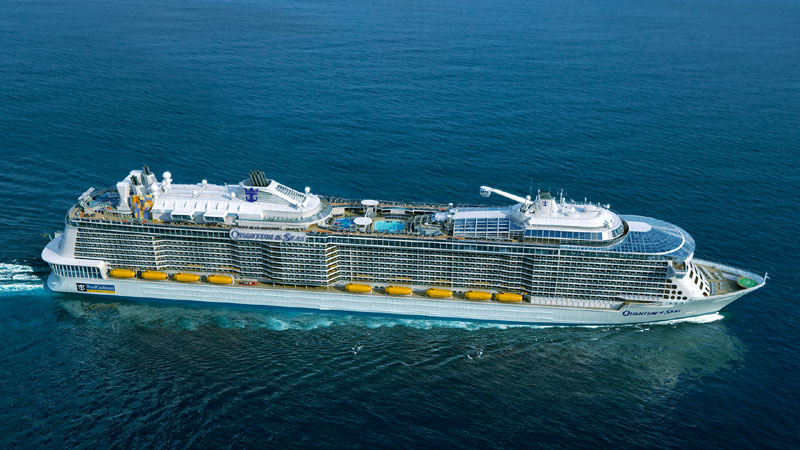