Ovation of the Seas Shows Off In Hong Kong

Last weekend One of Royal Caribbean’s newest cruise ships docked overnight in Hong Kong, China. The unique event gave locals a chance to glimpse one of the most advanced vessels in the world.

The third Quantum class ship arrived in Hong Kong on June 17 as part of its 52-day maiden voyage from Europe to Tianjin, China. The ship is sailing to Tianjin for its naming ceremony officiated by the first ever Chinese Godmother Fan Bing Bing. The new vessel is sailing to  Xiamen, China and Incheon, South Korea before arriving at its new home in Tianjin on June 24. Ovation of the Seas will of course be spending more time in Hong Kong when it will be based there from October, 2016.

“2016 is the first year that Royal Caribbean has ever had two ships homeporting in Hong Kong at the same time. Having both Voyager of the Seas and Ovation of the Seas here will enable us to increase our total Hong Kong sailings from 20 to 30 this year and welcome over 100,000 vacationers which is about a 43% increase compared to last year.”

The ship was met by plenty of onlookers and a grand ceremony was held which included senior government dignitaries and key industry stakeholders. A tour of the ship was later put on so those invited could experience all the innovative features the ship is offering. Highlights of the ship include the North Star aerial observatory, a technological marvel that hoists guests in a glass capsule more than 300 feet above the ocean for incomparable panoramic views; the RipCord by iFLY skydiving and FlowRider surfing simulators and SeaPlex, a unique multi-purpose sports complex enabling a variety of activities, including the first-ever-at-sea bumper car experience.

Here are some amazing photos of Ovation of the Seas in Hong Kong: 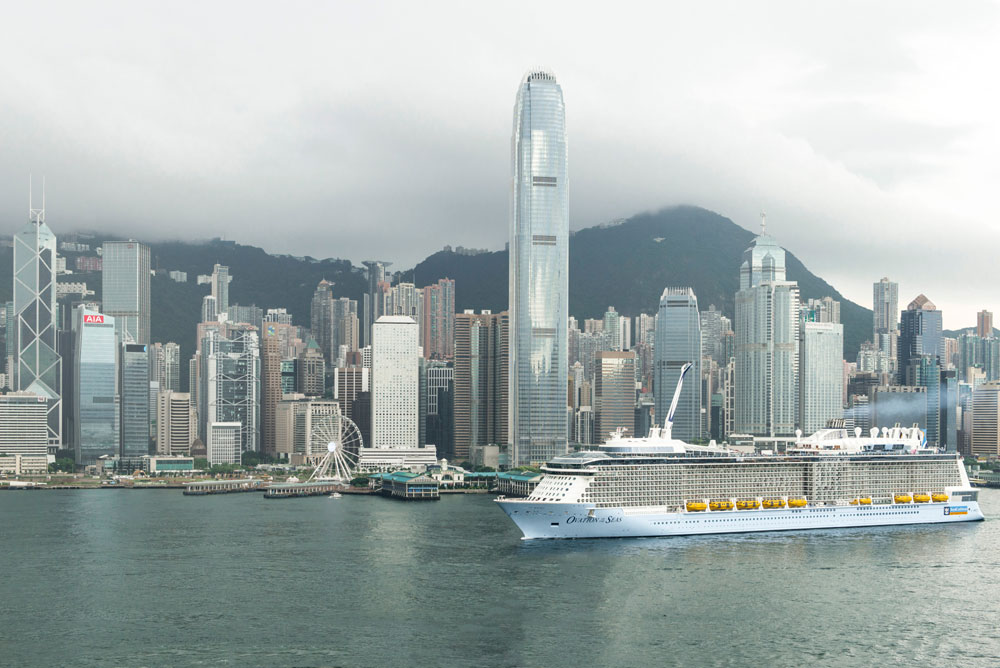