Ovation of the Seas Christened In China By Famous Chinese Actress

Ovation of the Seas, the third Quantum class ship for Royal Caribbean has officially been christened at a first ever naming ceremony in Tianjin, China.

When the 168,666 gross ton vessel arrived in Tianjin on China’s east coast on June 24 a traditional naming ceremony was held. The first Chinese Godmother, world-famous actress Fan Bingbing, presided over the celebrations which culminated with the maritime tradition of the breaking of a champagne bottle on the hull of the ship to wish good fortune to the ship and all who sail on her.

“We are excited to bring our newest and most technologically advanced ship to China. The unprecedented first-at-sea experiences will provide an incredible vacation adventure to our guests in the region. Chinese consumers have grown to expect the best the world has to offer, and this ship meets that standard like no other – this is a cruise from the future.”

It is the first time a world-class cruise ship has made China its homeport directly after being delivered. The Chinese are in for a treat with Ovation of the Seas offering some of the best and most advance features at sea. The Royal Caribbean vessel has the North Star, a glass capsule that takes guests more than 300 feet above the ocean, the thrilling RipCord by iFly skydiving experience, FlowRider surfing simulators, TWO70, a daily social space with incredible 270 degree views and the SeaPlex, the largest indoor activity space at sea, that features basketball, roller skating, bumper cars and more.

China has become the fastest growing cruise market in the world and is a major focus for the Miami based cruise line. There will be a total of five Royal Caribbean ships deployed in China in 2016 including Ovation of the Seas, Quantum of the Seas, Mariner of the Seas, Voyager of the Seas, and Legend of the Seas.

Ovation of the Seas can carry 4,180 guests at double occupancy and 1,500 international crew members. The vessel has just completed its 52-day Global odyssey cruise and there are still many more breathtaking itineraries to come including cruises out of Sydney, Australia and Hong Kong later in the year. 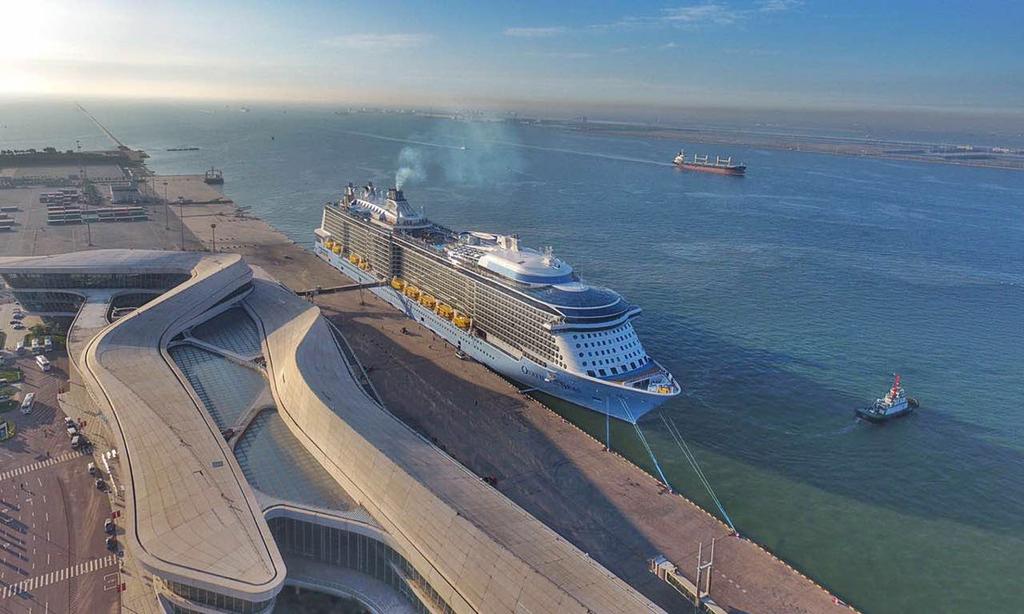