Princess Cruises and Australian authorities have reacted quickly to an outbreak aboard Coral Princess, with no cruises or ports canceled.

Just as cruises are resuming in Australia, a COVID-19 outbreak aboard Coral Princess has prompted Princess Cruises to offer refunds to passengers on the ship’s next sailing.

The cruise is not canceled, however, and a variety of mitigation measures are in place to protect both passengers and crew members.

The 91,627-gross-ton Coral Princess, which just resumed sailings from Brisbane in mid-June, has reported approximately 100 cases of COVID-19 among crew members, with fewer than 20 guest cases as part of that total.

The outbreak occurred on the July 3, 7-night round trip sailing from Brisbane, which visited Airlie Beach, Cairns, Port Douglas, and Willis Island, before returning to Brisbane on Sunday, July 10.

Minister of Health and Ambulance Services Yvette D’Ath has commented on the situation. “There were protocols put in place as to what would occur if there was an outbreak and we are seeing an outbreak,” she said.

“Some of those passengers are being removed, they have chosen to isolate either home or in other accommodation and we’ve supported them in doing that.”

A spokesperson from Princess Cruises confirmed the cruise line’s cooperation with local authorities and regulations to respond to the situation.

“We are adhering to comprehensive protocols that were agreed in conjunction with federal and state authorities and we are confident that they are working effectively.”

Protocols include regular testing of all crew members and immediately isolating crew members who test positive, mask-wearing policies onboard, improved sanitation at all dining venues, frequent sanitizing in all public areas, and other mitigation strategies.

While it may seem distressing to feature such a large number of cases reported onboard, no authorities are panicking over the situation and instead, the response is measured and authoritative to keep everyone safe.

“This was always going to happen, just like the rest of community the virus is everywhere, and there’s no escaping that,” D’Ath said. “I do want to acknowledge that the public health units along with the cruise line are doing all the right things and following the protocols in place.”

In case passengers on the next Coral Princess sailing were not comfortable boarding the ship due to the rise in cases, Princess Cruises worked to provide refunds, despite the late notice. The sailing was not canceled, however, nor has its itinerary been changed.

Coral Princess departed Brisbane on schedule on July 10 for the 12-night roundtrip Queensland and New South Wales itinerary, which will call on seven different ports before returning to Brisbane on Friday, July 22. The ship can host 1,970 passengers, with 900 crew members onboard as well.

This calm response is a welcome approach for travelers who are well-informed of their risks and comfortable with the mitigation measures onboard and still wish to set sail.

Guests booked on upcoming sailings of Coral Princess should stay in close contact with the cruise line about similar options if necessary.

COVID-19 cases have been reported on cruise ships around the world, with both passengers and crew members infected. All cruise lines have similar mitigation strategies in place to minimize infections.

Of the 94 cruise ships sailing from United States homeports and tracked by the U.S. Centers for Disease Control and Prevention (CDC), for example, every single vessel has reported cases currently on board as of July 11, 2022.

Just as with other illnesses prior to the COVID-19 pandemic, however, it is slowly becoming accepted that infection may be a possibility with any sort of travel, including cruises.

Before the pandemic, cruise ships regularly had outbreaks of norovirus and other infectious diseases, which would be reported to local authorities. When this happened, similar mitigation protocols, including enhanced cleaning, service interruptions such as buffet closures, and activity changes were common strategies to minimize risk.

The calm reaction from Australian authorities may be a model for how these incidents are to be handled, given that while cases of COVID-19 continue to be reported, hospitalizations and death rates are nowhere near the peaks that were seen during the surges of the deadliest strains of the virus. 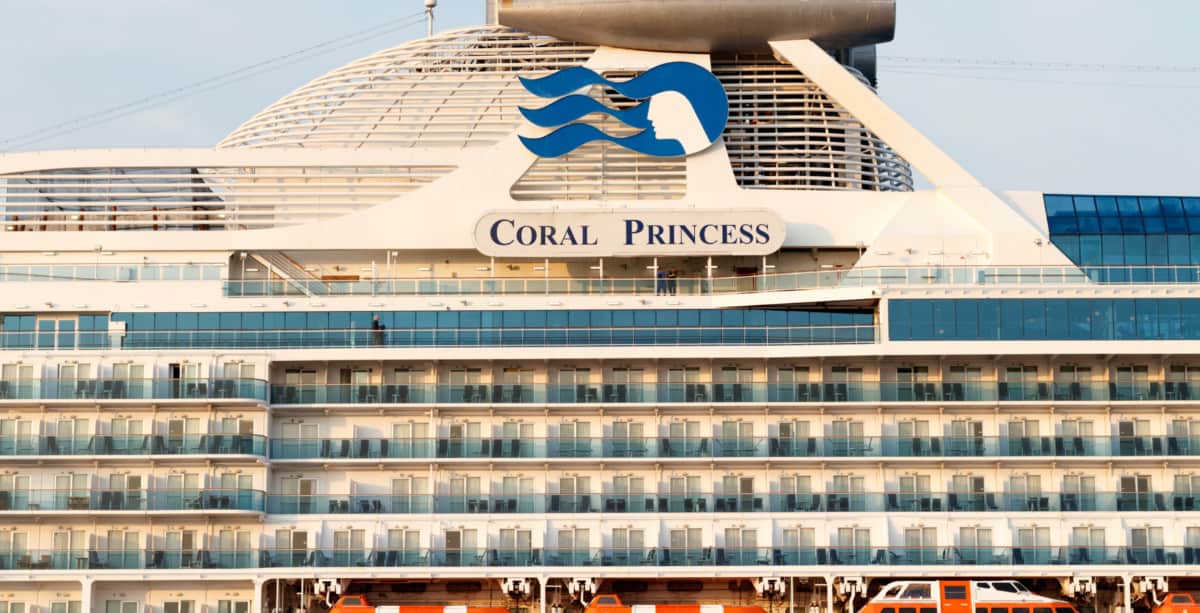