Allure of the Seas which is an Oasis-class cruise ship for Royal Caribbean and one of the largest in the world will undergo a major 58-day dry dock makeover.

Allure of the Seas Dry Dock

Royal Caribbean has detailed the huge transformation of Allure of the Seas which is one of the largest cruise ships in the world. The giant vessel will undergo a 58-day dry dock costing the cruise line an impressive $165 million!

All areas of the ship will be enhanced and new features will be added. Many of them have already been introduced on other ships in the fleet but as usual, when it comes to Royal Caribbean something new is also coming to the Oasis-class vessel.

Here’s a list of the main highlights during the upgrade including newly added features:

The makeover is part of the Royal Amplified program, a $1 billion investment in upgrading the fleet. The ship will join Oasis of the Seas as the second in the same class to be upgraded. You can read more about that ship’s upgrade right here.

Here is a collection of renderings of what some of the new spaces will look like:

Allure of the Seas Upgrade Renderings
1 of 14

Once the Royal Caribbean cruise ship has been upgraded she will begin a new season sailing 7-night Western Mediterranean cruises from Barcelona, Spain. The cruises will commence from May 10, 2020, and include calls in Palma de Mallorca, Spain; Provence (Marseille), France; Florence/Pisa (La Spezia), Rome (Civitavecchia) and Naples/Capri, Italy.

In November 2020 Allure of the Seas will head back over the Atlantic to begin her winter season from Miami, the cruise capital of the world. The ship will offer week-long Eastern and Western Caribbean cruises from Terminal at PortMiami. The itineraries will also include calls at the newly renovated Perfect Day at CocoCay private island.

Allure of the Seas which is currently based out of Fort Lauderdale, Florida is 225,282 gross tons with a passenger capacity of over 5,400 at double occupancy. 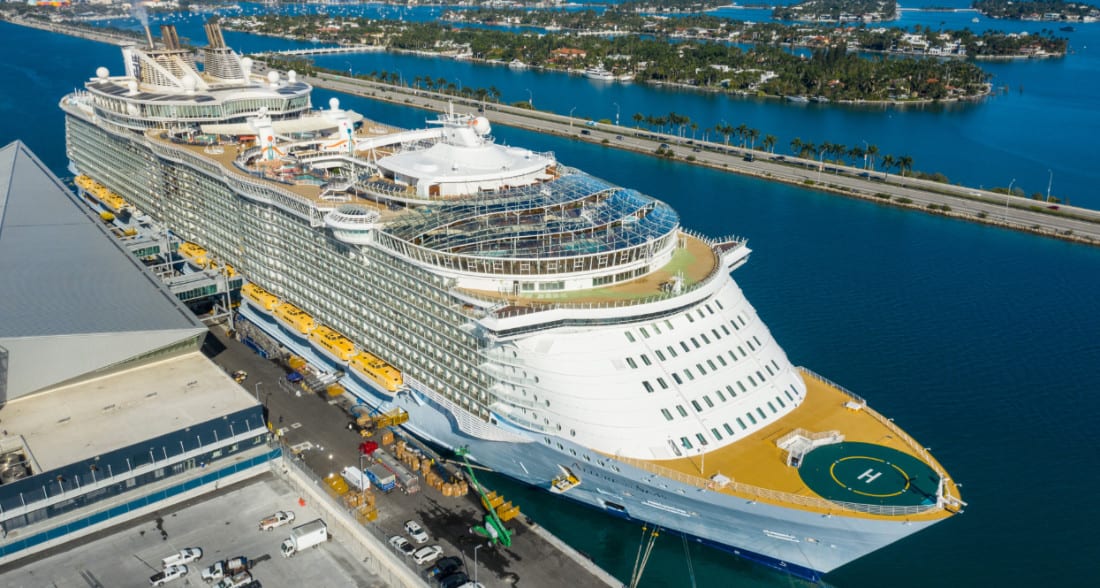