The newest ship for Aida Cruises arrived in Singapore for the very first time before its first official sailing.

Aidaperla is the newest and most advanced cruise ship built for the German-based cruise line. The large vessel which was built in Japan arrived in Singapore yesterday to take on more crew members and supplies. Around 50 containers were loaded onto the ship which included chairs for on-board restaurants and loungers for the pool deck as well as food and drinks. stock for the gift shops and general hotel supplies were also taken onboard ready for the first official sailing.

The first official voyage for Aidaperla will depart Palma de Mallorcan on June 1, 2017, and the cruise will include calls in France and Spain. The ship will be christened on June 24 and will sail Meditteranean cruises but from March 2018 will begin sailing 7-day Western European itineraries. The ship departed the shipyard in April.

Aidaperla is the sister ship to Aidaprima which is a new generation ship for the cruise line. Adiaperla is 125,000 gross tons and can carry 3,200 guests at double occupancy. 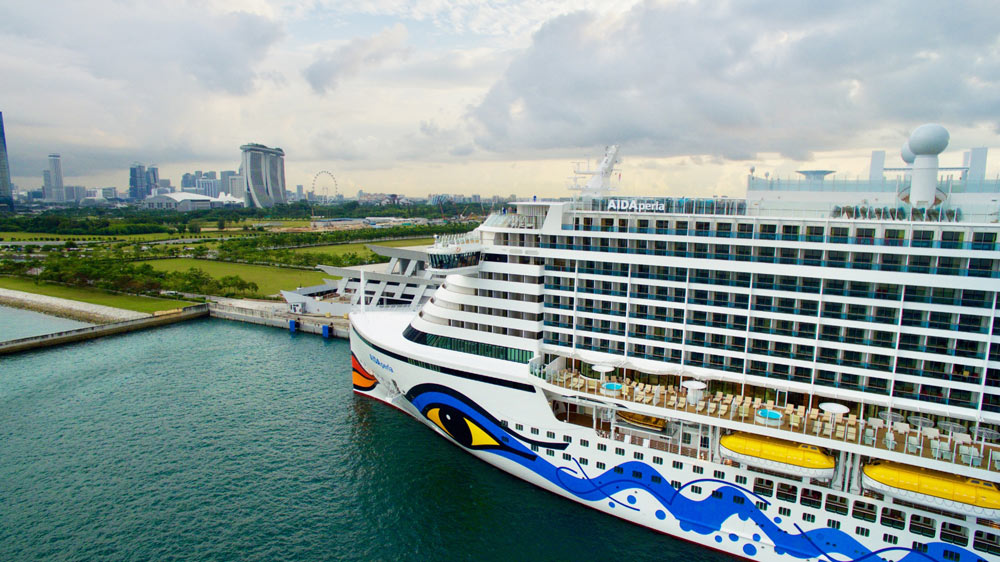