Lanlard visits the ship while it;s still under construction at the Fincantieri shipyard in Trieste, Italy. The footage shows several photos including the very early stages of Britannia’s hull artwork which will be the UK’s Union Jack flag.

UK Celebrity Chef James Martin also went along to visit the ship and footage shows his onboard Cookery School but it doesn’t seem like much at the moment as all the spaces are still being constructed. Eric Lanlard’s very own Market Cafe was also shown which will be located in the ships Atrium Lobby so expect a lot of attention there once the ship is in service from March 2015.

If you would also like to find out more about P&O Britannia’s cookery school then you can watch the video below which the cruise line have recently posted. You’ll also get to meet the cookery schools new boss!

Let us know how excited you are about all the features onboard P&O Britannia, Britain’s largest ever purpose-built cruise ship. 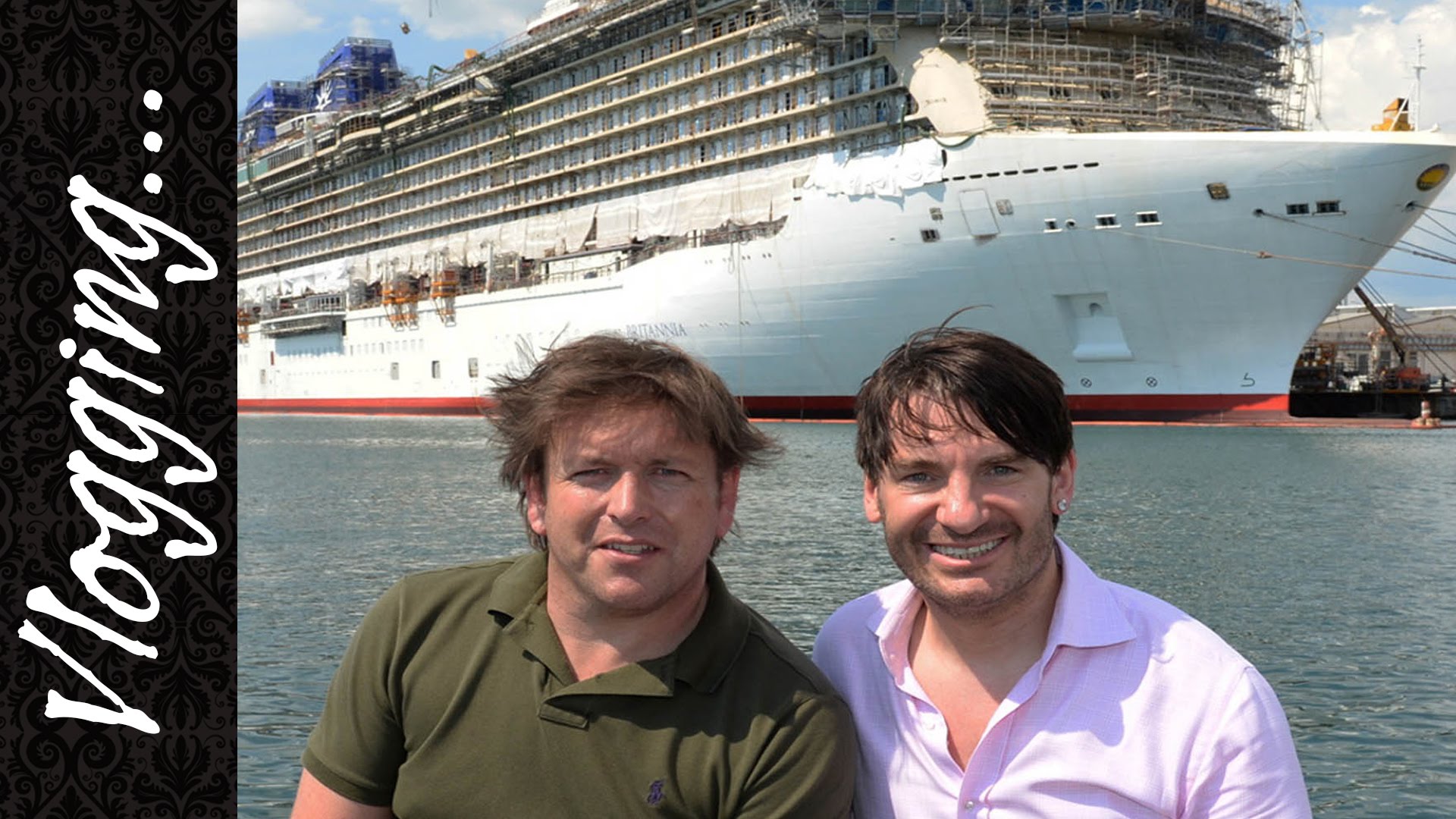