CRUISEHIVEDedicated cruise news & tips
Cruise News Now Up To 700 People Sick On Explorer of the Seas Which...

Royal Caribbean probably can’t wait for the current Explorer of the Seas cruise to be over along with the 622 passengers and 50 crew members who have the gastrointestinal illness which is also known as Norovirus.

On Wednesday the ship will arrive at its home port in New Jersey two days earlier due to the outbreak. The ship was scheduled to arrive back on 31st January as normal but the cruise line changed that because of the outbreak onboard. Royal Caribbean has released a new statement about the situation and state that the amount of new cases has fallen. This is good news for guests and crew who have not yet gotten sick with vomiting and diarrhea.

[quote_box_center]Explorer of the Seas is on track to return home from its 10-day cruise on Wednesday. The number of reported new cases of gastrointestinal illness has dropped sharply after a spike in the first days of the cruise, and most guests who fell ill are up and about.[/quote_box_center]

[quote_box_center]The drop in new cases is encouraging. However, it is not unusual in an outbreak to still have smaller, secondary spikes. That is why, after discussions with the U.S. Centers for Disease Control and Prevention and our medical team, we decided the most prudent course for the health of our guests and crew was to bring the cruise home on Wednesday, two days earlier than planned.[/quote_box_center]

A CDC personnel did board Explorer of the Seas when it was docked in St Thomas to inspect and investigate the outbreak. They also sent back Five clinical specimens to a CDC lap for further testing. An additional CDC Vessel Sanitation Program environmental health officer will also board the ship once it arrives in New Jersey on Wednesday to help with sanitation efforts and preparation for the next voyage.

Royal Caribbean continue to say in the latest statement the following:

[quote_box_center]We are glad to see many guests are feeling better. Still, in the end, the exceptional disruptions caused by the early wave of illness meant that we were unable to deliver the vacation our guests were expecting. Therefore, we have decided that all guests on this week’s cruise will receive a 50 percent refund of their cruise fare. In addition, all guests will receive an additional 50 percent future cruise credit. Those guests who had to be confined to staterooms by illness will receive an additional credit of one future cruise day for each day of confinement on this trip. We will also reimburse airline change fees and accommodations for guests whose travel home was inconvenienced by the change of travel plans.[/quote_box_center]

[quote_box_center]After returning to home port on Wednesday, Jan. 29, we will perform a thorough “barrier” sanitization program on the entire ship to make certain that any remaining traces of the illness are eliminated. It will be the third aggressive sanitizing procedure the ship has undertaken since we became aware of the issue, and will additionally provide a window of more than 24 hours where there are no persons aboard the ship, which is a significant help. Guests scheduled for the next cruise on Explorer of the Seas can be confident that all possible measures will have been taken to prevent further problems[/quote_box_center]

[quote_box_center]We will be cooperating with authorities and conducting our own internal assessments to make sure we are doing all we can continue to promote the health and safety of our guests and crew.[/quote_box_center]

We’re wondering if anyone will want to cruise on Explorer of the Seas on the next voyage which will begin on 31st January from New Jersey. Would you? Let us know what you think in the comments below. 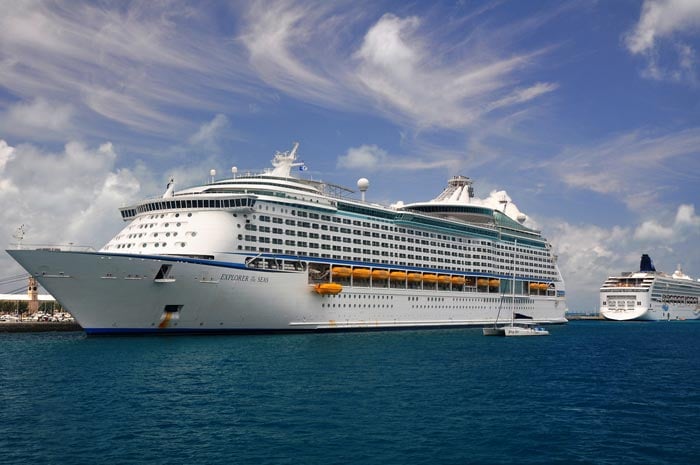