Norwegian Escape To Have Worlds First Margaritaville At Sea

One of the most popular Caribbean venues Margaritaville is coming to NCL’s upcoming cruise ship the Norwegian Escape.

Margaritaville is a restaurant chain started by American singer and songwriter Jimmy Buffett. Often when cruising to popular destinations in the Caribbean one of his restaurants are usually the highlights when on land. But now guests on the upcoming Norwegian Escape will be among the first to experience Jimmy Buffett’s Margaritaville restaurant and 5 O’Clock Somewhere Bar at sea.

Chief Executive Officer Kevin Sheehan announced the news at a company-wide event, with the help of a very special guest – the legendary Jimmy Buffett who performed for the crowd. Norwegian’s exclusive partnership with Margaritaville Holdings LLC extends to Norwegian’s island destinations including the new Harvest Caye in Belize and Great Stirrup Cay, Bahamas, as well as other ships in the fleet.

“Jimmy Buffett is an icon who embodies the island lifestyle and his Margaritaville lifestyle brand which includes restaurants and bars in its portfolio is a perfect fit for Norwegian Cruise Line and the incredible new Norwegian Escape, that will sail the Caribbean and offer our guests the first and only Margaritaville experience at sea,” said Sheehan.

“We are more than thrilled to form this exclusive partnership with Jimmy and his talented team and we know our guests are going to love the new tropical experiences.”

This venue will be one of Norwegian Escape’s many complimentary dining outlets. In addition to the restaurant, Norwegian Escape will feature the 5 O’Clock Somewhere Bar, a music venue and outdoor bar on The Waterfront. The 5 O’Clock Somewhere Bar will feature live nightly performances so guests can enjoy the sounds of the tropics while sipping a signature margarita or “boat drink” and gazing out to the beautiful Caribbean Sea.

“This partnership is a perfect match between two brands that celebrate escapism, relaxing and having fun,” said John Cohlan, chief executive officer of Margaritaville. “Opening our first Margaritaville at Sea on Norwegian Escape will be a huge milestone for our company. We can’t wait to bring the Margaritaville experience to Norwegian guests and let the floating ‘fin’ begin!”

Along with the venues on Norwegian Escape, the partnership also includes Margaritaville branded food and beverage locations on Norwegian’s new island destination in Harvest Caye, Belize, set to open in fall 2015 and a 5 O’Clock Somewhere Bar on Great Stirrup Cay, Bahamas, planned to also debut in 2015. In the future, the partnership will extend to other ships in the fleet.

Norwegian Escape will begin weekly seven-day cruises from her year-round homeport of Miami to the Eastern Caribbean beginning on November 14, 2015. The ship will be the largest to home port year-round in Miami, carrying 4,200 guests to tropical Caribbean destinations including St. Thomas, U.S. Virgin Islands; Tortola, British Virgin Islands and Nassau, Bahamas. 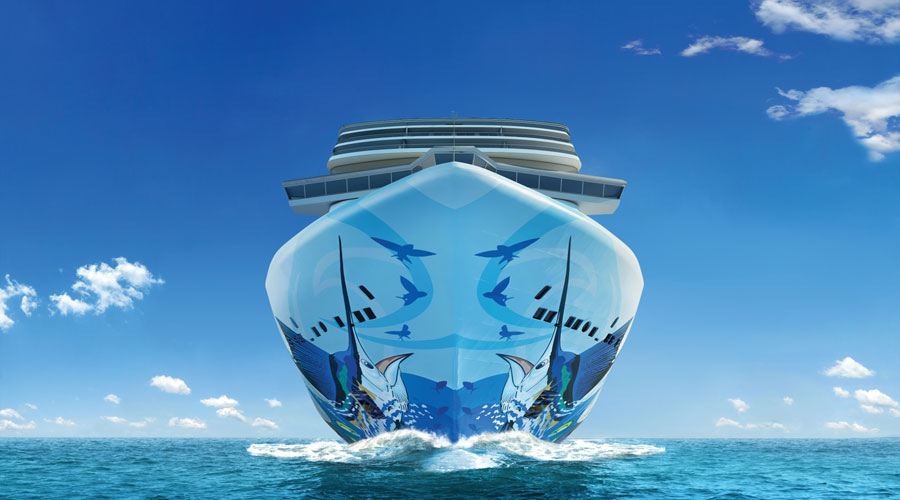