Norwegian Escape is sailing altered Eastern Caribbean cruises until next year due to the recent Hurricane damage throughout the region.

The Norwegian Cruise Line ship will be impacted by the recent Hurricanes of Irma and Maria until next year. Norwegian Escape will no longer be offering its regular Eastern Caribbean cruises and will instead be sailing alternative itineraries for the remainder of 2017.

The popular cruise destinations of St Maarten, St. Thomas, Puerto Rico and Grand Turk have all been devasted by Hurricane Irma and Hurricane Maria which both reached category 5.

We are saddened by the devastation that Hurricanes Irma and Maria have inflicted in the Caribbean. The impact of these hurricanes have been felt on select islands in the Eastern Caribbean, which include our ports-of-call Tortola (BVI), St. Thomas (USVI), and St. Maarten. We are currently in contact with our local partners to assess any potential damages in San Juan, Puerto Rico.

NCL is in contact with authorities at the affected ports and has even been involved in relief efforts. Norwegian Sky has already been sent to help stranded tourists at St. Maarten which suffered catastrophic damage from Hurricane Irma.

Norwegian Cruise Line ships have resumed normal operations and many of our guests’ favorite Caribbean destinations remain unaffected by these storms. While we hope that our affected ports-of-call are operational again soon, we have the flexibility to alter future itineraries to ensure a great guest experience, if needed.

Norwegian Escape is the only ship in the fleet now being impacted by the two Hurricanes and the cruise line did state that all other ship itineraries are as normal. NCL could change ports stops in the future depending on how recovery efforts go so that passengers can have a great shore experience. 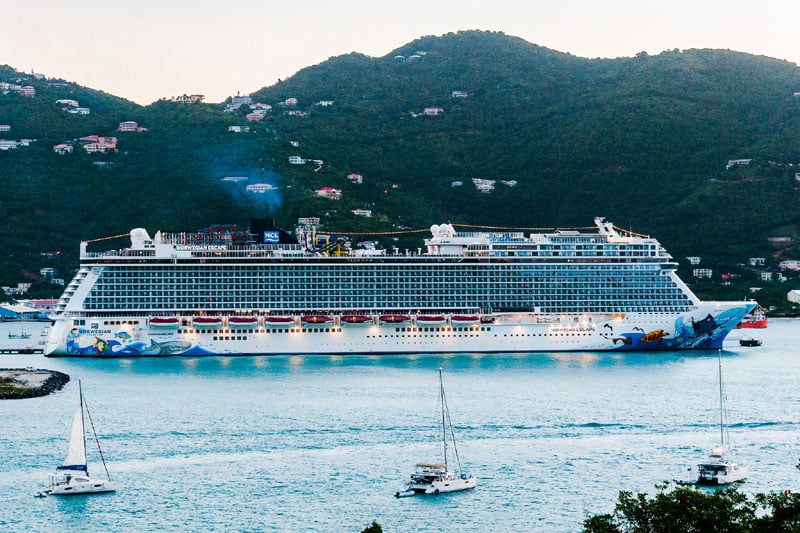