Norwegian Escape & Norwegian Bliss To Be Names Of Breakaway Plus Ships

Norwegian Cruise Line has today revealed the names of the cruise lines two upcoming Breakaway Plus class ships. The two names were from a list of ten which were posted on NCL’s Facebook page in September. Facebook fans could choose their favorite name and Norwegian Escape and Norwegian Bliss were the two most popular choices.

[quote_box_center]”The response to our `Norwegians Name Their Ships` contest was overwhelming,”

“It reaffirms that we have a very engaged and passionate community of Norwegians and we are thrilled with the names they have selected for our two new Breakaway Plus Class Ships. Norwegian Escape and Norwegian Bliss are two names that truly characterize our brand, Freestyle Cruising, and the experience guests will have on board these fantastic new vessels.”[/quote_box_center]

The fans who voted for their most liked ship name were also entered into a random drawing. The price is to attend the inaugural festivities of the first Breakaway class ship. Also included in the prize is transportation, meals and a balcony cabin! the winner will be announced on the cruise lines facebook page.

Escape and Bliss are expected to bring more new innovative features and are sure to have new branded spaces which we already see on land. What do you think about the two Breakaway Plus ship? let us know in the comments below. 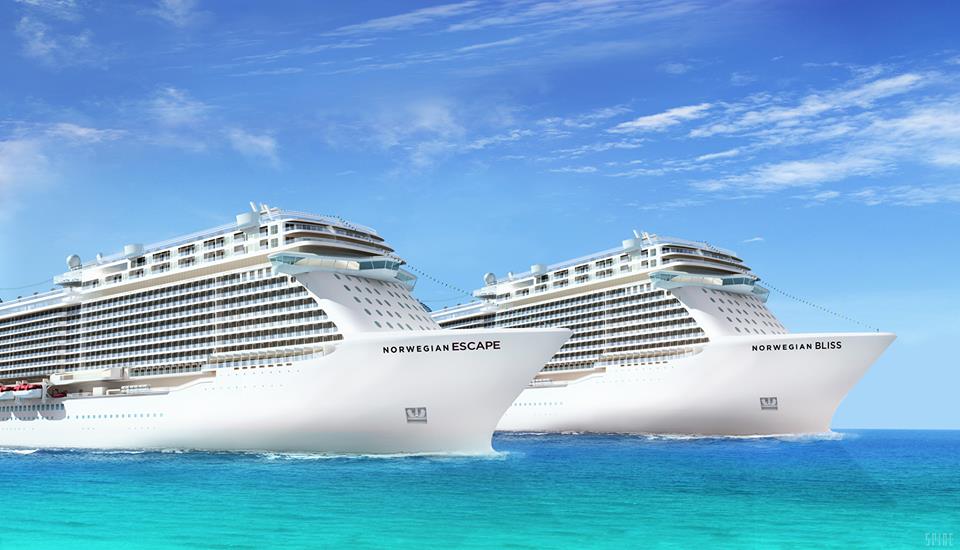