Norwegian Sky which is operated by Norwegian Cruise Line has received a bow to stern upgrade and has returned to service out of Miami, Florida.

The NCL cruise ship has returned to service after completing a three-week dry dock at the Grand Bahama Shipyard in Freeport, Bahamas. The ship is now like new with updated features and eight new venues.

“Last year was an exciting year with the record-breaking launch of Norwegian Bliss, the announcement of Norwegian Joy’s redeployment to the U.S. and the unveiling of four ships which benefited from our comprehensive Norwegian Edge® bow-to-stern refurbishment program.”

“We are continuing the momentum and starting 2019 with the reintroduction of Norwegian Sky.  She returned home to Miami unveiling new designs and experiences that showcase our dedication to providing guests with meaningful experiences across our fleet.”

There were all kinds of enhancements around the ship including the complimentary Palace and Crossings Main Dining Rooms, Garden Café and The Great Outdoors. The two specialty restaurants Cagney’s and Le Bistro were also given some attention. The atrium was refreshed with a new look along with the pool deck area.

Also Read: Reasons to Cruise on the Norwegian Bliss

As expected when it comes to cruise ship upgrades the staterooms were refreshed with those essential USB outlets, new TV’s, carpets and modern finishings. It is also a good chance for maintenance to be done and a shiny new coat of paint on the hull.

Norwegian Sky is now offering year round 3-day and 4-day cruises to the Bahamas; and 4-day and 5-day cruises to Bahamas and Cuba with an overnight in Havana. The ship has 1,002 staterooms at 77,100 gross tons with a guest capacity of over 2,000 at double occupancy. 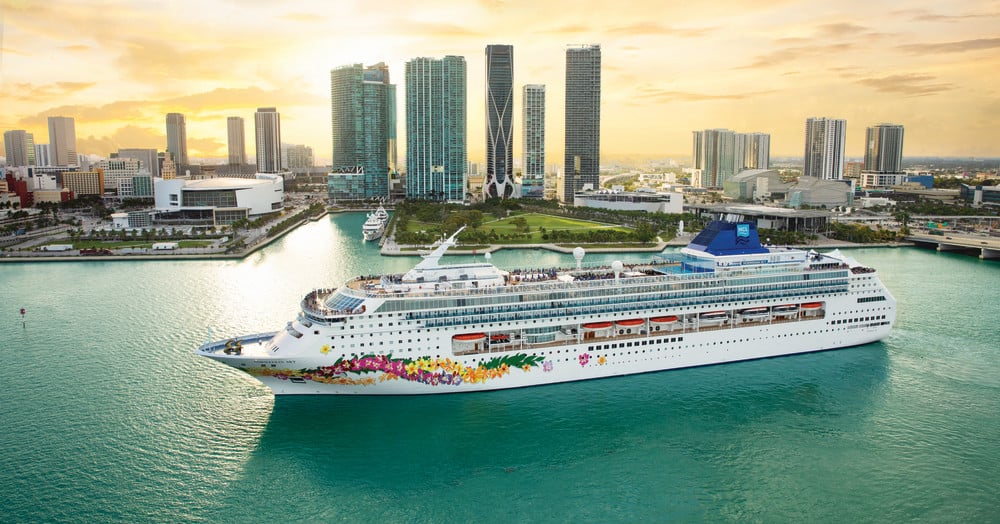