Norwegian Breakaway is just days away from her debut in New Orleans to kick off new 5-day to 11-day Caribbean cruises. She will be the largest cruise ship to ever sail from the Big Easy.

“We are excited to introduce Norwegian Breakaway to New Orleans, providing our guests with another premium destination to cruise from when sailing to the Caribbean.”

“New Orleans is well known for its lively music, culinary scene and entertainment, a perfect complement to the high-caliber experiences guests will discover on Norwegian Breakaway.”

Norwegian Breakaway will arrive in New Orleans on November 11, 2018, for the first time. The new offerings from the NCL ship will run through April 12, 2019. The ship will offer five, seven, ten and 11-day Western Caribbean cruises including calls to Costa Maya and Cozumel, Mexico; Roatan, Honduras; Belize City and Harvest Caye which is the cruise line’s private island in Belize.

In April 2019 the ship will begin a new service sailing Caribbean cruises out of PortMiami, Florida. Norwegian Breakaway recently completed a major refurbishment in May 2018 which included a new bar and lounge concept to the fleet with Syd Norman’s Pour House. She’s got all the latest features and updated cabins ready for her busy season from New Orleans.

Norwegian Breakaway is 1,068 feet long and 145,655 gross tons. She has 25 dining options, 22 bars and lounges, a comprehensive water park featuring the fastest waterslide at sea, one of the largest ropes courses of any ship and an entertainment program to complement the famous nightlife of the Big Easy. 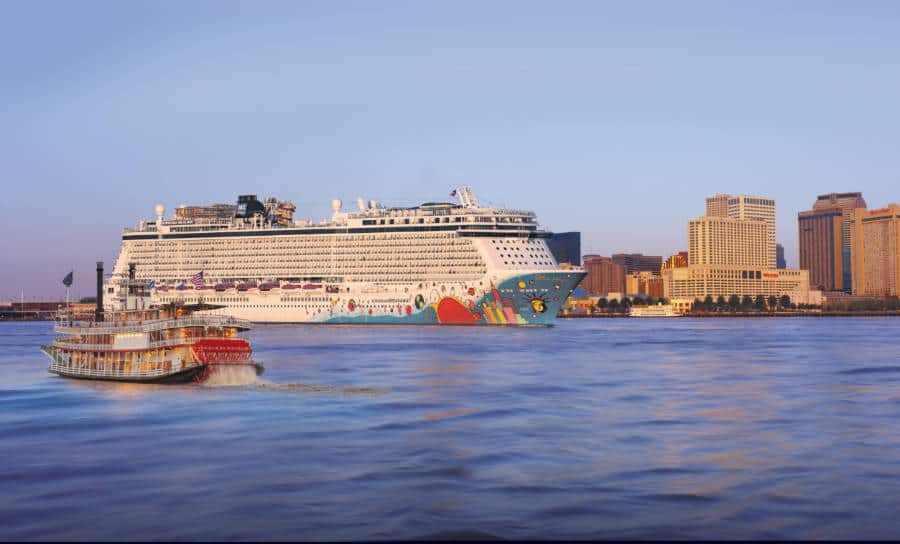