The Norwegian cruise ship has spent two weeks undergoing am extensive refurbishment in Brest, France where new features and enhancements were added. The upgrade is part of NCL’s “the Norwegian Edge” program.

“Norwegian Getaway is the youngest ship in our fleet to cruise Europe this season.”

“We are proud to showcase her and the new experience she delivers to guests exploring the region this summer. A season of European sailing immediately following her multi-million-dollar renovation showcases our commitment to the market, where our brand has been honored as “Europe’s Leading Cruise Line” by the World Travel Awards for the 11th consecutive year.”

As part of the upgrade the cruise line’s first full-service Starbucks was added and a new rock’n’ roll themed Syd Norman’s Our House which was first introduced on sister ship Norwegian Breakaway in 2018. Almost 800 pieces of art were also added onboard.

As normal during a dry dock, many aspects of the vessel were worked on such as updates to decor and elements in venues like the shops and many public venues. Technical aspects are also an important aspect of a refurbishment too.

Norwegian Getaway has already completed her first sailing back out of Copenhagen, Denmark. The 145,600-ton cruise ship will complete her season sailing Scandinavia, Russia and Baltic in late October 2019.

The vessel will then return to North America to begin Western Caribbean cruises for the Winter/Spring season from New Orleans. In 2020 the ship will head back to Europe to sail the Mediterranean out of Civitavecchia, Italy.

The Breakaway class ship is the 13th in the fleet with a guest capacity of over 4,000 at double occupancy. 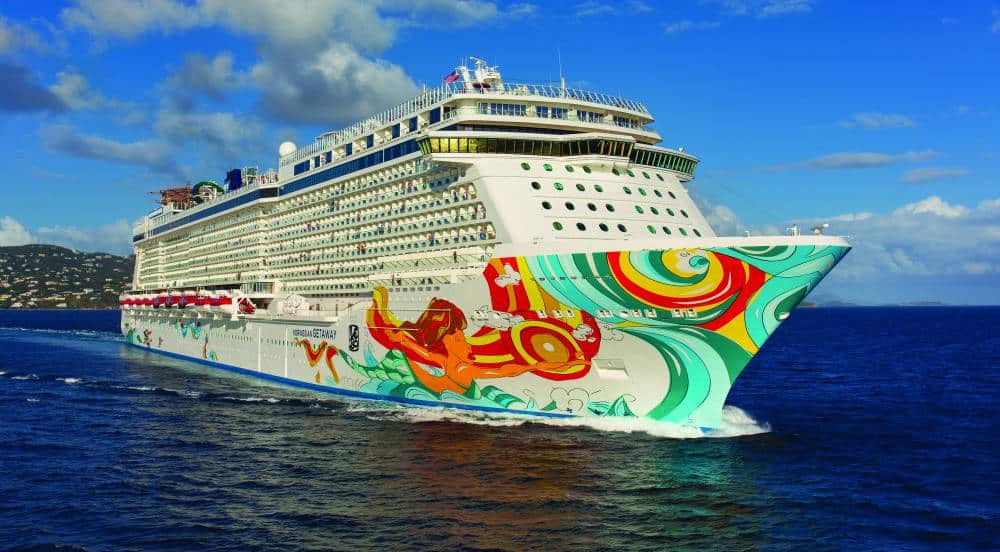