Norwegian Jewel has completed a bow to stern upgrade and is ready to showcase all her new features to cruise guests. Norwegian Cruise Line is kept the ship out of action for two weeks while the refurbishment took place.

Norwegian Jewel is the latest NCL ship to receive an upgrade as part of “The Norwegia Edge” program, a huge investment in upgrading the fleet. The major upgrade in Singapore added new venues and experiences including new lounges replacing older ones along with debuting new entertainment offerings.

“Norwegian Jewel’s complete renovation showcases our dedication to providing guests with quality experiences across the fleet and around the world,”

“Not only are we revealing updated designs and accommodations throughout the ship, but guests will also enjoy new venues and three incredibly exciting shows, one of which premieres for the first time on Norwegian Jewel.”

The ship isn’t just being upgraded but also new venues and offerings have been added. The Pit Stop which is an all-American vintage bar and Bliss Ultra Lounge are replacing the Sky High Bar and FYZZ Cabaret Lounge.

The Norwegian cruise ship will have two brand new entertainment shows. “Rock You Tonight” showcases a medley of songs from the best bands of the 70s. The Australian hit musical “Velvet” makes its debut at sea with disco classics.

All 1,188 staterooms have been upgraded with new TVs and USB sockets. The rooms also have new carpets, artwork, and furniture which is a lot more than a usual cabin upgrade. The Heaven by Norwegian had some attention too with the courtyard getting new fixtures and finishes. Two new The Heaven Deluxe Owner’s Suites were also added and they are 1,200 square feet each featuring large balconies, jacuzzies and able to cater for up to four guests.

Sister ship Norwegian Star was recently upgraded, get all the details here.

The entire ship and public areas are refreshed with attention to the flooring, fixtures and specific items. The dry dock has made sure Norwegian Jewel is the best she can be before she debuts in Sydney, Australia on December 1.

The 91,700 gross ton vessel will sail 7-day to 19-day itineraries down under. The ship will sail from Sydney, Hong Kong, and Singapore as part of her 2018 and 2019 winter season. For the summer season, the newly updated ship will begin cruises Alaska joining the new Norwegian Bliss and Norwegian Joy. 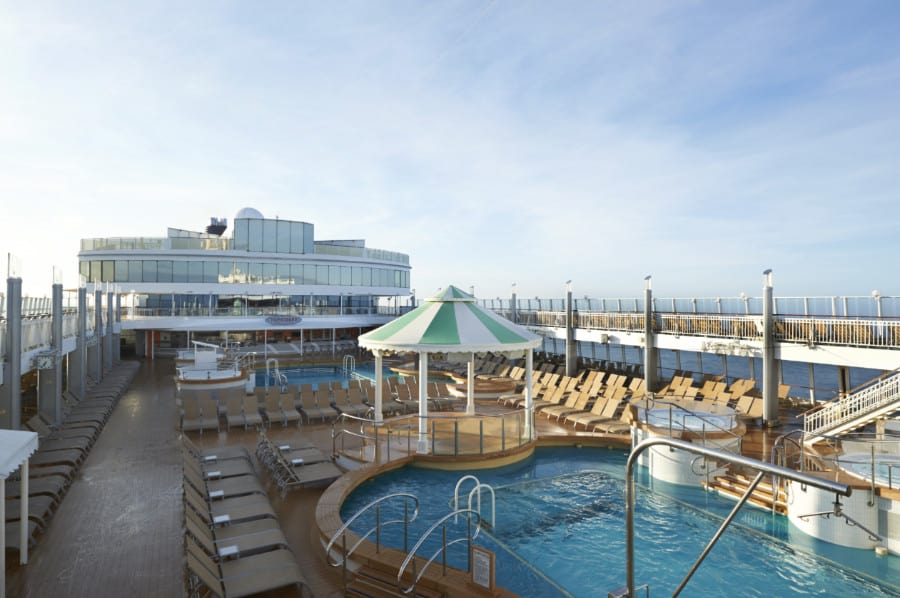