Norwegian Cruise Line has just revealed its cruise ship deployments for the 2019/20 winter cruising season in North America. The cruise lines biggest and newest cruise ship to lead the way out of New York along with major NCL ships sailing from across the United States and beyond.

Some highlights in the North America deployments by Norwegian Cruise Line includes Norwegian Bliss cruising from New York, Norwegian Getaway based out of New Orleans, Norwegian Breakaway offering cruises out of Port Canaveral and Norwegian Epic sailing from San Juan, Puerto Rico. We’ll get to the details shortly but first, we must mention that other smaller ships are also offering great option from ports in North America.

“We are delighted to unveil this curated rich mix of our guests’ favorite itineraries with new deployment to exotic destinations that will bring new ships and new experiences to almost all of our homeports.”

“Whether a guest has sailed with us many times in the past or they are a first-time cruiser, there is something new for everyone to experience in 2019 and 2020 aboard a Norwegian cruise.”

Norwegian Bliss which will join the NCL fleet in the Summer of 2018 and for the 2019 Winter season the new cruise ship will sail a range of cruises from New York. The third Breakaway Plus class vessel will begin sailing from the Big Apple on November 24, 2019. Norwegian Bliss will offer a total of 18 cruises which will be 7-day and 8-day itineraries to Bahamas and Florida. Port of calls includes Port Canaveral, NCl’s private island of Great Stirrup Cay and Nassau, Bahamas.

The ship will also sail 12-day and 14-day itineraries to the Southern and the Western Caribbean during the Winter season starting on December 1, 2019.

We actually detailed this newly announced deployment of Norwegian Bliss a few days ago.

This unique NCL cruise ship which is in a class of its own will have a busy winter season offering Southern Caribbean cruises from San Juan, Puerto Rico. Norwegian Epic will begin its deployment from December 8 through March 15, 2020. The vessel will sail 7, 10 and 11-day cruises. The 7-day cruise will call in Oranjestad, Aruba; Willemstad, Curacao; Kralendijk, Bonaire; Castries, St. Lucia; and Basseterre and St. Kitts. The longer 10 and 11-day sailings will include calls in Bridgetown, Barbados; St. John’s, Antigua; Philipsburg, St. Maarten and St. Thomas, U.S. Virgin Islands.

Readers can check the official site for even more deployments for the 2019/20 Winter cruising season. Another large ship Norwegian Escape will be returning to Miami for the winter season from November 23, 2019. Norwegian Breakaway will be repositioning from Miami to Port Canaveral with new sailings starting on November 23, 2019.

You read up on the Norwegian Breakaway deployment here.

All the new deployment itineraries will be open for booking for returning NCL guest on January 17, 2018. For everyone else bookings can be made from January 18. 2018. Cruise Hive readers can also check all Norwegian Cruise Line deals and prices at our dedicated Cruise Deals section. 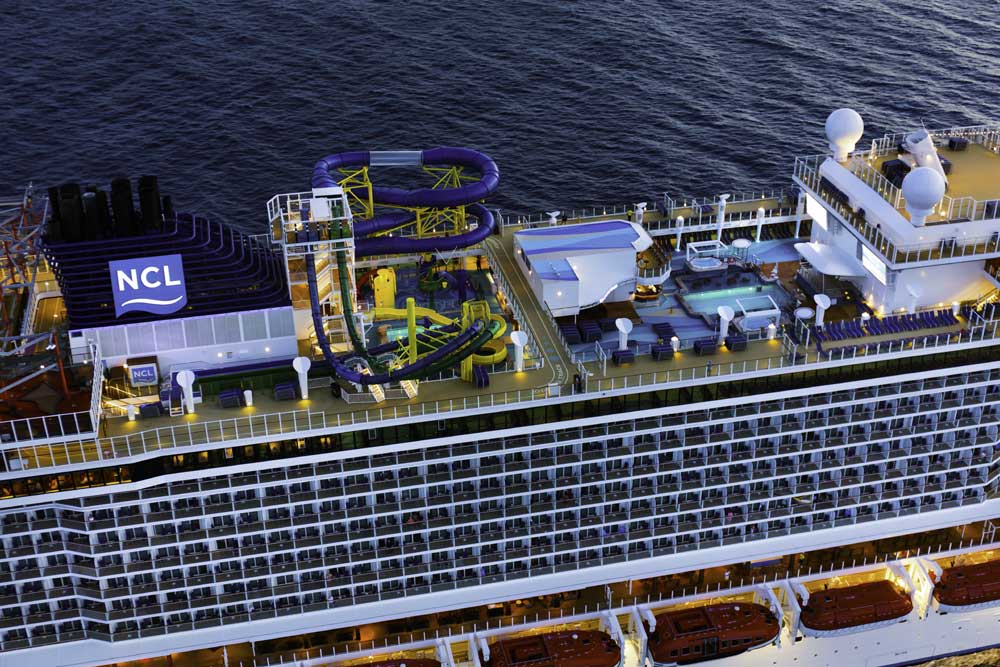