Norwegian Joy, the newest cruise ship for Norwegian Cruise Line is one step closer to being delivered.

The Breakaway-Plus class vessel is to float out onto the water for the very first time on March 4. This a major construction milestone which shifts the vessel from the covered building hall to a wet dock where final exterior and interior fittings can be made. Some of the taller elements at the top of the ship can also be added once outside the build hall.

Shipbuilder Meyer Werft says that the float out operation will begin at around 8:00 AM local time but it will depend on the weather. Just like previous vessels built at the Meyer Werft shipyard in Germany, many locals will attend the float out and line the banks which overlook the yards.

Norwegian Joy’s next phase will then commence at the end of March where it will slowly make its conveyance along the Ems River. The ship will make its way towards the North Sea where sea trials will be held to test many of the systems including propulsion and maneuverability. The crew will also start to join the ship to help put the final touches together ready for service in April.

Norwegian Joy is the first purpose-built ship for China by NCL. Many aspects of the vessel will cater towards the Chinese market and even has a Chinese name of 悦号 (Xǐ Yuè Hào). Once in service, the large ship will head towards its new homeports of Tianjin and Shanghai in China.

Norwegian Joy which recently won ‘Most Anticipated New Cruise Ship For 2017‘ is 168,800 gross tons and can carry 3,900 guests along with 1,700 crew members. Keep an eye on Cruise hive for all the latest new cruise ship news. 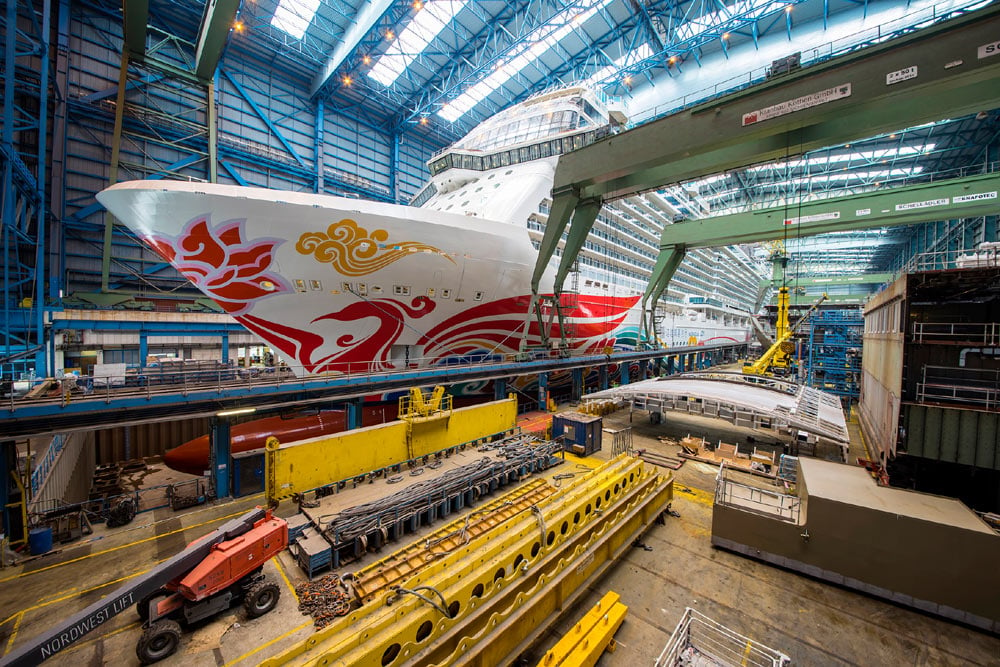