Norwegian Cruise Line has decided to suspend some ports in Hawaii due to the Kilauea Volcano which is active and causing major disruption across the Big Island.

Since the Hawaii Volcano first erupted and started pushing out lava cruise lines started keeping a close eye on developments. With no end in sight and to keep cruise passengers away from any danger including a risk to the air quality, Norwegian Cruise Line has decided to suspend some ports of call for the Pride of America cruise ship.

The NCL ship is based in Hawaii year round but now she won’t be calling in Hilo and Kano on the Big Island. The 7-night itinerary the ship usually sails has been altered as follows:

Hawaii is an incredible destination and we are proud to have faithfully visited its ports for the last 14 years. We will continue to monitor the situation and hope to return to Hilo and Kona again as soon as possible.

On Twitter Norwegian Cruise Line has stated that the situation in Hawaii is being monitored and hopefully a return to the two ports can happen soon. Before your cruise vacation in Hawaii, it is advised to first check with the cruise line as there could be further itinerary changes from Princess Cruises, Crystal Cruises and Oceania Cruises.

The Kilauea Volcano first erupted over a month ago and since May 4 there have also been many earthquakes. The Volcano continues to destroy the stunning island and Lava flows are destroying homes. Lava has also recently covered the Kapoho Bay area. 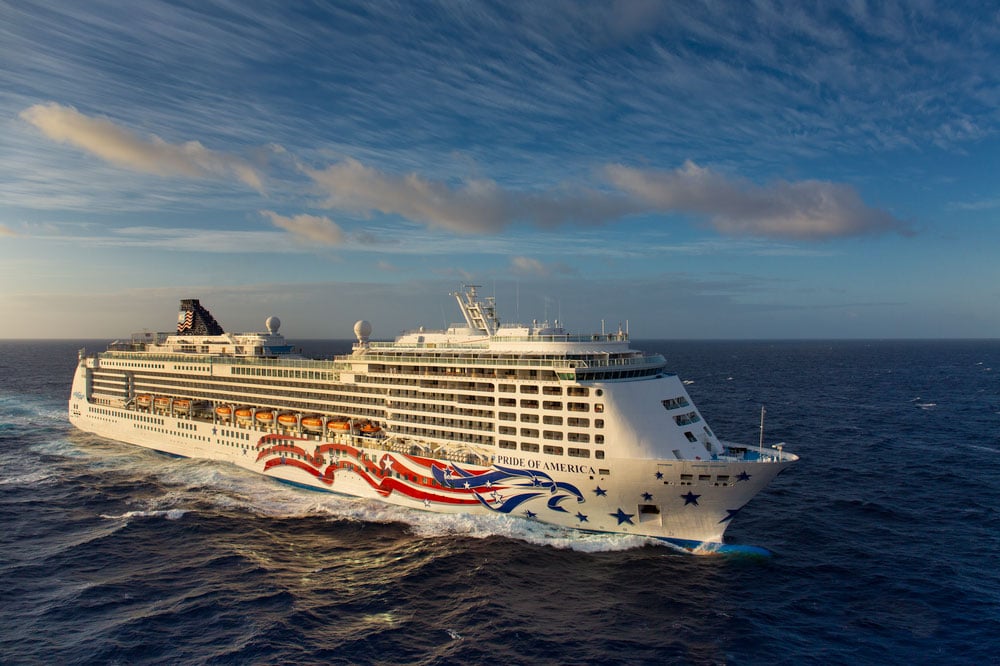