Norwegian Cruise Line has now opened up bookings to Cuba, that means Cuba here we come!

Just as we previously posted, Norwegian Sky will be the first NCL ship which will sail its first cruise to Cuba in 2017. The ship will sail a series of five, four-day cruises from Miami to Cuba in May 2017 that will include an overnight in the capital of Havana.

On Monday, May 1, Norwegian Sky will set sail for her first voyage to Havana, arriving on Tuesday morning and staying alongside until Wednesday evening, allowing guests the opportunity to go ashore and experience the historic island.

Norwegian will also offer OFAC-compliant shore excursions, where guests aboard Norwegian Sky will have the opportunity to visit historical sites such as Old Havana, a UNESCO World Heritage Site; view incredible art and listen to the vibrant local music scene; and visit with Cuba’s warm and friendly residents through people-to-people exchanges.

Most of the major cruise lines have now been given the green light for cruises to Cuba including Carnival Corporation, All the NCL lines, and Royal Caribbean. Carnivals Fathom brand was the first which started with the Adonia ship in May 2016 but proved to not be so successful and the brand will only continue as a shore excursion experience. No doubt the next U.S. based ships to sail to Cuba will become more successful. 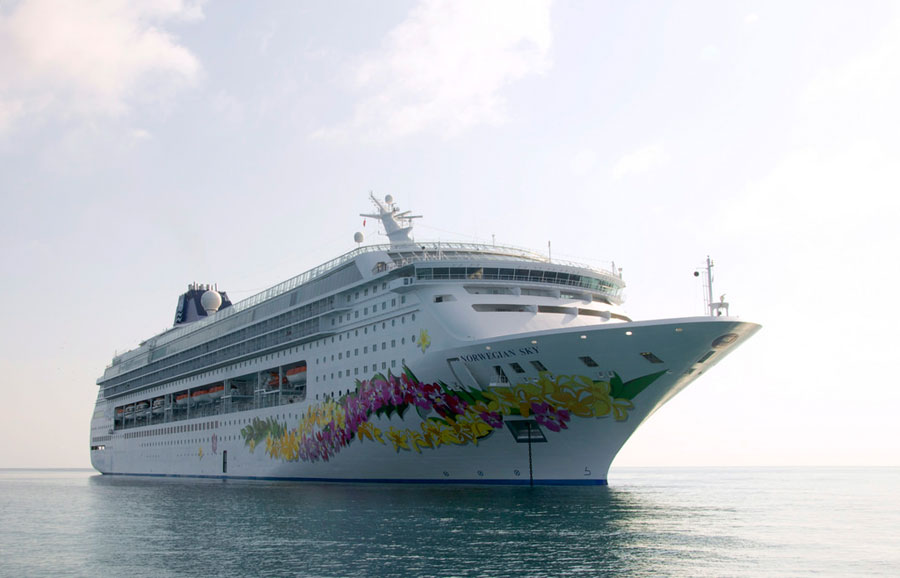