Norwegian Cruise Line has just announced that one of its ships will be sent immediately to help evacuate stranded travelers on Hurricane Irma hit St. Thomas in the U.S. Virgin Island.

We must say well done to Norwegian Cruise Line and leading the way in helping those affected by Hurricane Irma in the Caribbean. The cruise line is deploying Norwegian Sky from Cancun, Mexico to St. Thomas in the U.S. Virgin Island immediately. The ship will pick up around 2,000 stranded tourists on the Caribbean island.

Norwegian Cruise Line is continuing to closely watch the forecasted path of major Hurricane Irma and respond as necessary to ensure the safety of our guests and crew. We have cancelled this week’s scheduled sailings aboard our two ships that depart from Miami, Norwegian Sky and Norwegian Escape and both ships are currently navigating a safe course around the path of Hurricane Irma. Norwegian Escape is sailing at full capacity with approximately 4,000 displaced guests from both ships that were unable to secure flights back home. The ship is currently alongside in Cozumel, Mexico and will remain there until 7 a.m. Sunday, September 10. Guests who have secured flights home may disembark the ship in Mexico if they wish. Due to the devastation in the Caribbean caused by Hurricane Irma, all of Norwegian Escape’s upcoming Eastern Caribbean sailings will be altered to a Western Caribbean itinerary until November. All guests scheduled to sail on any affected cruises will be notified of the change.

Acting as a responsible corporate citizen and supporting the destinations that our ships operate in is a core value of Norwegian Cruise Line. In the wake of this devastating storm, we will be deploying Norwegian Sky from her current position off the coast of Cancun to St. Thomas to assist in humanitarian efforts coordinated by the local government.

Norwegian Sky which has been one of the cruise ships impacted with revised and canceled sailing due to Hurricane Irma will arrive at St. Thomas late on Monday, September 11.

The stranded travelers who have been stuck on the island since before Irma hit just days ago will be taken back to the United States. Norwegian Sky is expected to arrive back in Maimi on Thursday, September 14 after Irma passes Florida.

The cruise line is working with the Florida-Caribbean Cruise Association and the Governor of St. Thomas to make the rescue mission happen.

Norwegian Sky is 77,100 gross ton vessel and can carry over 1,900 passengers at double occupancy. the ship is usually based out of Port Miami but has been on a revised sailing due to Hurricane Irma. 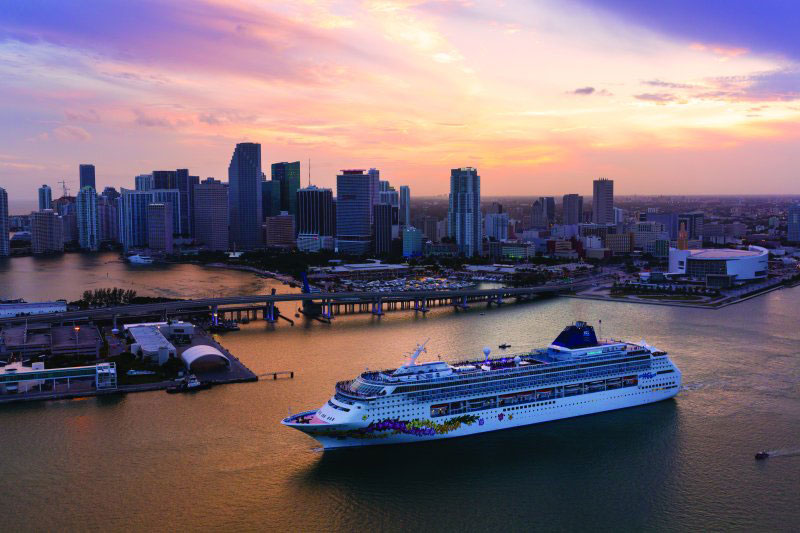